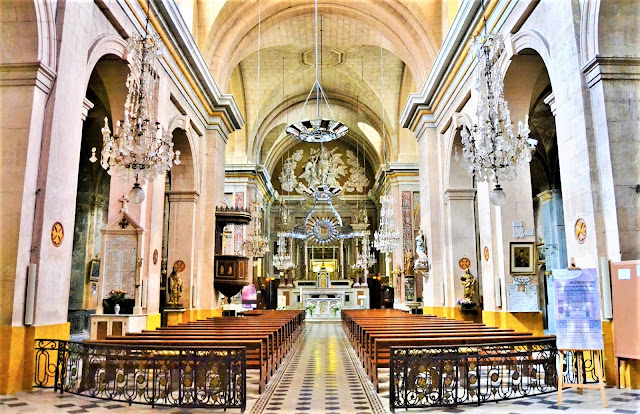 On Easter Sunday afternoon another fire was intentionally set in a beautiful historic Catholic church in France. Police confirmed that the fire in Notre-Dame de Grâce Church appears to have been intentionally set.
The fire was started in a large, wooden confessional in the town of Eyguières, in southern France.

“Flames several meters high were coming out of the church,” according to mayor Henri Pons.
(You can listen the witness of the Mayor below in French)

There is much damage including an area of some 20 square meters in the church which was destroyed.
However, Joel Jouve, who lives near the church  “used fire extinguishers from the village movie theater and courageously entered the church while waiting for firefighters to arrive.”  He was also able to find two holy water fonts, that he emptied onto the fire.

“If this brave citizen, a former top sportsman, had not intervened, the church would probably have burned to the ground,” the mayor explained. “It was Easter Sunday and there was almost nobody in the village.”

Father Christophe Nowak. “They are in shock and messages of support have been arriving.”

Over 800 churches were attacked across France over the last year. Please pray for the people in France.

Wake up any time now, France.

The battle is on! Vivat Jesus and Viva Le France!