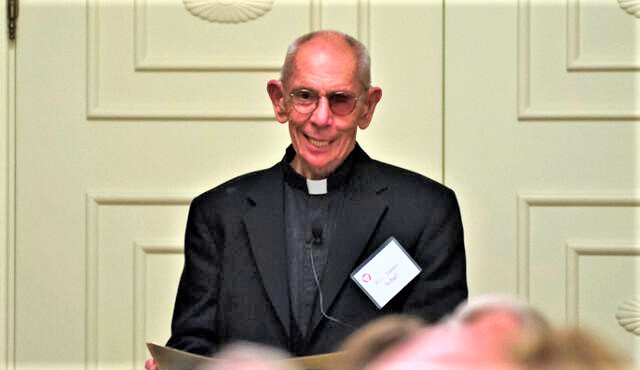 -Fr. James V. Schall, S.J. (1928-2019),  passed away today Wednesday, April 17 at 12:48 PDT.
"All inns lead to that Great Tavern at the end of the world when we shall drink again with our friends in that eternal life that is offered to us by our very God when he called each of us out of nothing to exist and participate in His inner life....Pray for me, jvssj”
Brief Bio: James Vincent Schall, S.J. was born on January 20, 1928 and died April 17, 2019. He was Professor of Political Philosophy in the Department of Government at Georgetown University.
Fr. Schall retired in December 2012, he gave final lecture on December 7, 2012, at Georgetown - see video below - "The Final Gladness."
James Schall was born in Pocahontas, Iowa, USA. He was in the U.S. Army (1946–47), and joined the Society of Jesus (California Province) in 1948, and then attended Santa Clara University in California. He had a MA in Philosophy from Gonzaga University, a PhD in Political Theory from Georgetown University, and was ordained as a Roman Catholic priest in 1963. In 1964, he received a M.A. in Sacred Theology from Santa Clara University. Schall served as a member of the Pontifical Commission on Justice and Peace, in Rome from 1977-82. Schall lived in the Jesuit retirement home in Los Gatos, California.