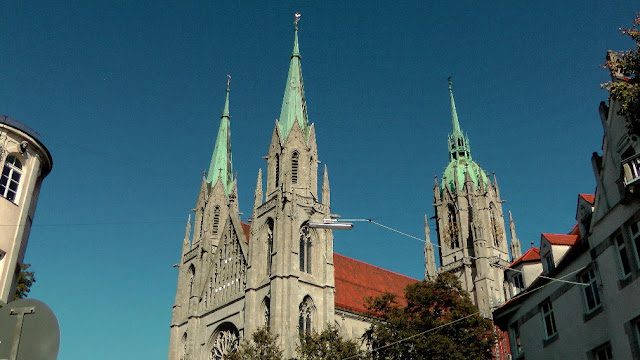 On Easter Sunday a Muslim man screaming “Allahu akbar” threw a firecracker in church during  mass. A panic ensued with 24 people injured.

This happened at Paul’s Church in Munich, Germany. The Croatian language Mass (Easter blessing), was going on when a man with a bottle of alcohol in hand, lit a firecracker and threw it in the middle of the church shouting “Allahu akbar.” Everyone panicked and threw the baskets that the Easter meal was in, and ran out screaming. This injured children and adults. The police came and arrested the man.
According to the police, the "obviously mentally confused man" disturbed the Easter Mass  in Ludwigsvorstadt / Munich. The police report said the man "gesticulating and noisily shouting unclear words, which frightened the Mass visitors who were within earshot. Some of these worshipers then fled the church. Animated by this behavior, more visitors followed them in the direction of exits. "Because of these" uncontrolled reactions of several people at the same time "about 24 people suffered minimal injuries, but they could continue to attend the service after outpatient treatment on site. "The man was arrested and had been arrested by previously arrived police forces in the church.
SOURCE: Kath.net
Posted by Jesus Caritas Est at 9:19 AM