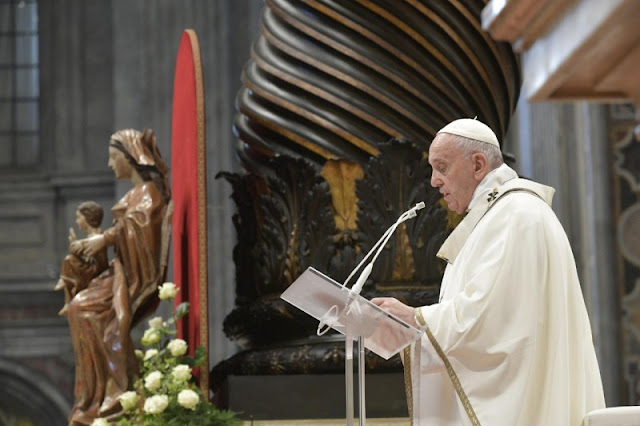 The Gospel of Luke, which we just heard, makes us relive the excitement of that moment when the Lord made his own the prophecy of Isaiah, as he read it solemnly in the midst of his people. The synagogue in Nazareth was filled with his relatives, neighbours, acquaintances, friends… and not only. All had their eyes fixed on him. The Church always has her eyes fixed on Jesus Christ, the Anointed One, whom the Spirit sends to anoint God’s people.
The Gospels frequently present us with this image of the Lord in the midst of a crowd, surrounded and pressed by people who approach him with their sick ones, who ask him to cast out evil spirits, who hear his teachings and accompany him on the way. “My sheep hear my voice. I know them and they follow me” (Jn 10:27-28).

Posted by Jesus Caritas Est at 9:40 AM