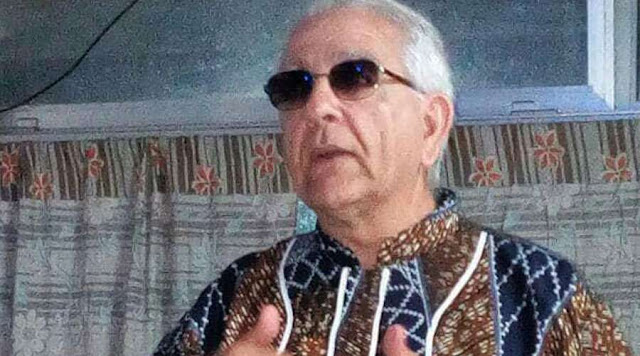 A Spanish Salesian killed in Bobo Dioulasso
Ouagadougou (Agenzia Fides) – A Spanish priest, Father Fernando Fernández, was stabbed to death, and another injured on Friday evening, 17 May in Don Bosco center of Bobo-Dioulasso in the Southwest of Burkina Faso,.
During lunch, a former cook who worked in the facility for seven years, hurled the Spanish religious with a knife and killed him. A second priest of Togolese origin was injured in the accident. Fr. Germain Plakoo-Mlapa, director of studies, was immediately transported to the hospital and is out of danger. The killer was immediately arrested by the police.
From the first investigations it seems that the cook wanted to take revenge for having been sacked two months ago.
Fr. Fernández was the treasurer of the Don Bosco center in Bobo-Dioulasso, the second city of Burkina Faso, located in the south-western part of the country, in the province of Houet, about 300 km west of the capital Ouagadougou. In Bobo Dioulasso, since 1994, the Salesians have set up: an assistance center for street boys and girls, a literacy center and a professional training center with over 300 students.
The killing of the Spanish Salesian and the injury of theTogolese confrere is only the latest episodes in the country's religious communities. On February 15, another Spanish Salesian father, Fr. Antonio César Fernández Fernández had been killed in a jihadist attack perpetrated forty kilometers from the southern border of Burkina Faso (see Fides, 16/02/2019).
This week, within 24 hours, two very serious attacks were committed against the Catholic community. On the first Sunday, May 12, against the parish of Dablo during which an armed group killed Don Siméon Yampa and five faithful (see Fides, 13/5/2019), the second on May 13 against a Marian procession in Singa, with the death of four faithful and the destruction of the statue of the Virgin (see Fides, 14/5/2019). (L.M.) (FULL TEXT Source: Agenzia Fides, 18/5/2019)
Image Salesianos España
********************************

DONATE Now to Catholic News World, a Mission, which brings the Gospel to over 200 Countries World Wide! Easy Just Click the LINK below!
If you do not support Christian media who will?
Every little bit helps - as a Donor you and your Family will be added to our Church Prayers - You can add your prayer intention on the Donation site "Donor Wall":

Posted by Jesus Caritas Est at 9:54 AM