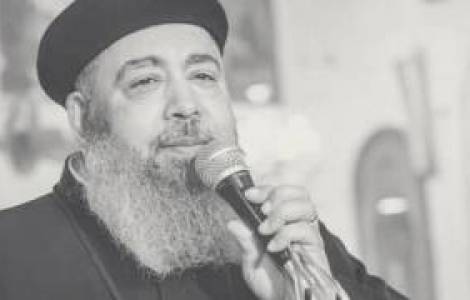 Coptic priest killed by a Christian guard Cairo
(Agenzia Fides) - Makad Saad was the name of the Coptic Orthodox priest killed on Monday 13 May in front of the church of San Marco in Al-Wahda district of the Egyptian city of Shubra al-Khaymah, in the province of Qaliubiya. According to local sources, the perpetrator of the crime, immediately arrested by the police, is a Christian priest. Kamal - this is the name of the accused - shot the priest, a weapon he owned without a license. The murderer - local sources report - admitted to having killed Makad Saad because the priest - father of eight children - had rejected his request for money. Although the criminal was a Christian collaborator of the victim, fake news circulated on social media that attributed the incident of sectarian origin, and the police forces had to intervene to quell incidents that occurred between a group of Copts who had approached the church after the murder and some Islamic traders in the area. (GV) (Full Text + Image Source: Agenzia Fides, 14/5/2019)
Posted by Jesus Caritas Est at 9:39 AM