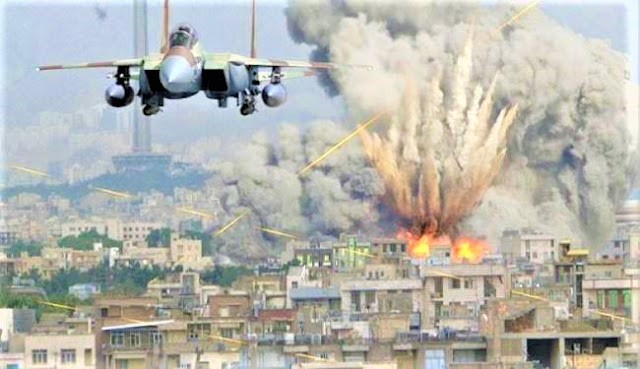 Washington Post reports that on Sunday, May 5, 2019, Palestinian militants launched over 600 rockets and Israel responded with airstrikes on more than 300 targets.

Four Israeli civilians were killed, the first from rocket fire from Gaza since 2014, and 23 Palestinians died.

“We are preparing for a campaign against Hamas and Islamic Jihad, and we will extract a price from them they have not experienced yet,” he said.

Israel generally holds Hamas, which controls Gaza, for rocket fire from the area.

Israel’s Iron Dome missile defense system was overwhelmed thus intercepting only 150 of the 510 rockets that crossed into Israeli territory.

Israel said it responded with airstrikes against more than 320 military targets in Gaza. Palestinian militant factions said they were retaliating in an “unprecedented manner” after residential buildings were hit, and they threatened to expand the range of their rockets if the “aggression” continued.

It was the deadliest round of fighting since the 2014 war between Israel and Hamas.
The media reports that both parties have agreed to a cease-fire.
Edited from the Washington Post