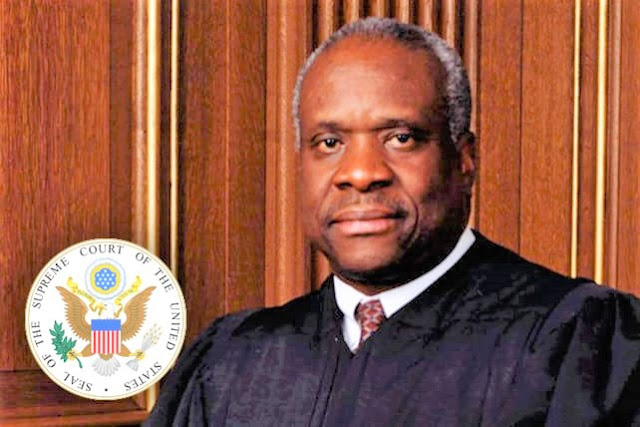 Justice Clarence Thomas issued a strong opinion on May 28, 2019 in a case dealing with a pro-life law out of Indiana that bans abortions in cases of eugenics. The Supreme Court declined to hear the case; however, Justice Thomas voiced his concerns about the eugenic applications for abortion — that abortions would kill babies with Down Syndrome or a certain sex or race that parents may not want.
According to Life News Thomas’s opinion is one of the strongest condemnations of abortion ever issued from the Supreme Court.
“So long as the Supreme Court forces a policy of unfettered elective abortion on the entire country, it ought to at least allow for states to protect babies from unjust discrimination,” he said.
He notes that, while Margaret Singer pushed the eugenic aspects of birth control to prevent the birth of people she perceived to be unwanted, namely African-Americans, abortion can kill babies who are already conceived to have traits that parents may not want.
As Justice Thomas wrote:

The use of abortion to achieve eugenic goals is not merely hypothetical. The foundations for legalizing abortion in America were laid during the early 20th-century birth-control movement. That movement developed alongside the American eugenics movement. And significantly, Planned Parenthood founder Margaret Sanger recognized the eugenic potential of her cause. She emphasized and embraced the notion that birth control “opens the way to the eugenist.”

But Sanger’s arguments about the eugenic value of birth control in securing “the elimination of the unfit,” … apply with even greater force to abortion, making it significantly more effective as a tool of eugenics. Whereas Sanger believed that birth control could prevent “unfit” people from reproducing, abortion can prevent them from being born in the first place. Many eugenicists therefore supported legalizing abortion, and abortion advocates—including future Planned Parenthood President Alan Guttmacher— endorsed the use of abortion for eugenic reasons.
Technological advances have only heightened the eugenic potential for abortion, as abortion can now be used to eliminate children with unwanted characteristics, such as a particular sex or disability. Given the potential for abortion to become a tool of eugenic manipulation, the Court will soon need to confront the constitutionality of laws like Indiana’s.
This case highlights the fact that abortion is an act rife with the potential for eugenic manipulation. From the beginning, birth control and abortion were promoted as means of effectuating eugenics. Planned Parenthood founder Margaret Sanger was particularly open about the fact that birth control could be used for eugenic purposes. These arguments about the eugenic potential for birth control apply with even greater force to abortion, which can be used to target specific children with unwanted characteristics. Even after World War II, future Planned Parenthood President Alan Guttmacher and other abortion advocates endorsed abortion for eugenic reasons and promoted it as a means of controlling the population and improving its quality.
Although the Court declines to wade into these issues today, we cannot avoid them forever. Having created the constitutional right to an abortion, this Court is dutybound to address its scope.

“Enshrining a constitutional right to an abortion based solely on the race, sex, or disability of an unborn child, as Planned Parenthood advocates, would constitutionalize the views of the 20th-century eugenics movement,” he writes. “In other contexts, the Court has been zealous in vindicating the rights of people even potentially subjected to race, sex, and disability discrimination.”
Edited from Life News.com
Posted by Jesus Caritas Est at 3:16 PM