Relics of Fatima Children Stolen from an Italian Church in Verona 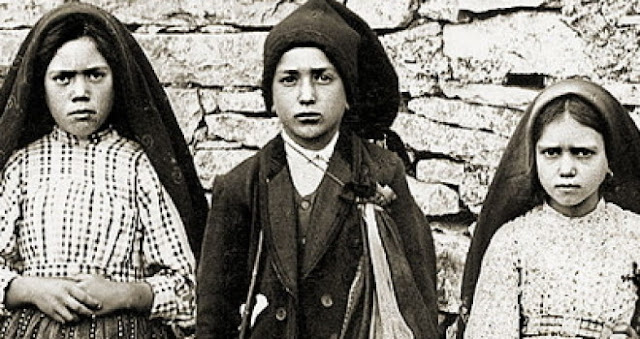 The Relics of the Fatima child saints have been stolen from an Italian church. The Catholic church in Verona, Italy held the relics as they were travelling on a pilgrimage tour in Italy. The Rev. Andrea Ronconi said Thursday that small pieces of clothing belonging to the Portuguese shepherd children made saints in 2017 were stolen Wednesday, May 29, 2019. Police were looking for two suspects. Ronconi, priest at the Jesus Christ Divine Worker parish, said he was “heartbroken and mortified” by the theft, which also included copies of a crown and rosary of the Fatima Virgin Mary statue. Sts. Francisco and Jacinta Marto, were the visionaries of the Virgin Mary more than 100 years ago, and were declared saints on May 13, 2017. The Portuguese town of Fatima has become one of the world’s most important Catholic shrines. Edited from AP - National Post
Posted by Jesus Caritas Est at 8:37 AM

Oh how heartbreaking for all involved! had not heard of this terrible theft of The Precious Relics, Oh Dear Jesus! I hope and Pray they are returned undamaged!
Have The Relics been found yet?