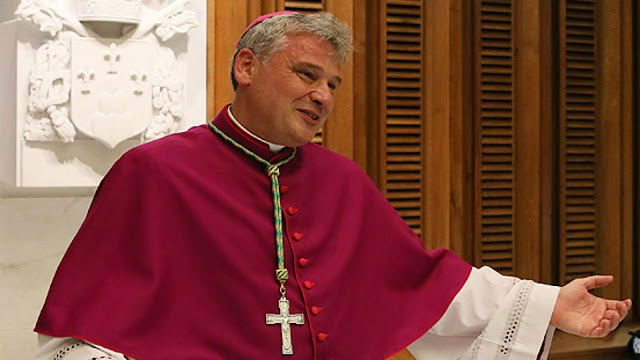 Vatican News reports that Cardinal Krajewski, the Papal Almoner explained the reason which led him to reactivate the electricity in an occupied building in Rome. The Cardinal called it a “desperate and humanitarian gesture to help families struggling to survive.”
Apostolic Almoner, Cardinal Konrad Krajewski, was informed of the serious situation in which over 400 people were present, including numerous children, in a busy Roman building, without electricity and hot water for days. These services had been suspended by the company that provides the energy for lack of payment. The cardinal felt obliged to carry out a humanitarian gesture and so personally proceeded to reactivate the electricity supply to the building. The cardinal made this gesture aware of the possible consequences it may face, in the belief that it was necessary to do so for the sake of these families.

"I intervened personally” said the apostolic almoner to the ANSA news agency “to reattach the meters. It was a desperate gesture. There were over 400 people without electricity, with families, children, without even the possibility of operating refrigerators ”. In an interview with Corriere della Sera, the cardinal said he had known for a long time about the great difficulties of the people living in that building. "From the Vatican we sent the ambulance, the doctors, the food. We are talking about human lives, ” he said.

"The absurd thing” the apostolic almoner emphasized to the Italian newspaper “ is that we are in the heart of Rome. Nearly five hundred people left to themselves . They are families who have no place to go, people who struggle to survive".

The first problem, he pointed out, is not that of money. After recalling that among the people in the building there are many children, the cardinal said that he felt he had to ask himself these questions: "Why am I there, for what reason? How is it possible for families to find themselves in a similar situation? " Lastly, the apostolic almoner reiterated that he assumes all responsibility: "Should it arrive, I will also pay the fine".
Edited and shortened from a report by Vatican News va by Amedeo Lomonaco – Vatican City