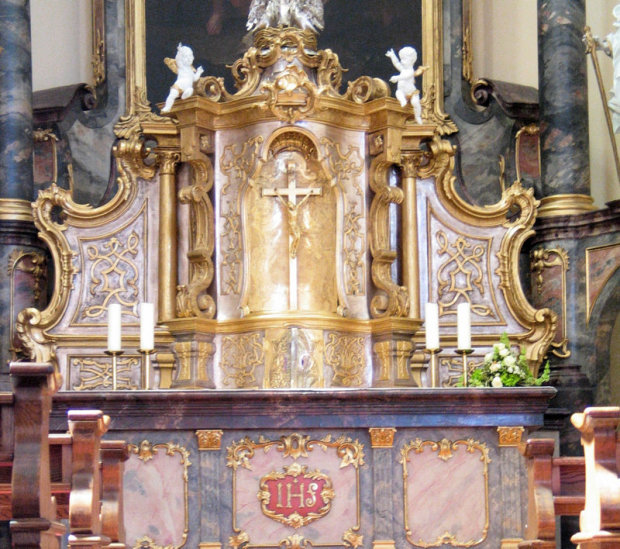 A beautiful historic Catholic church in Bad Durrheim, Baden-Wuerttemberg was purposely set on fire. A previously unknown perpetrator on Wednesday, June 5, 2019  set the approximately 300-year-old high altar in the church of St. John on fire. The police headquarters Tuttlingen announced. It was saved thanks to an attentive church visitor.

According to the police, the woman entered the church around 18:40. When she entered, she noticed a burning smell and saw that all the candles in the church had been lit. When the woman looked more closely, she noticed a burning flower pot on the altar. According to the information, the fire had already spread to the wood panel of the altar at this time. Immediately afterward, the woman immediately extinguished the fire with holy water.

As the police noted, the amount of property damage has not yet been quantified. The Criminal Investigation Villingen had taken over the investigation and looking for witnesses who had between 17 and 18:40 clock around the church made suspicious observations. (Stz)
Source: https://www.suedkurier.de/
Posted by Jesus Caritas Est at 11:20 AM