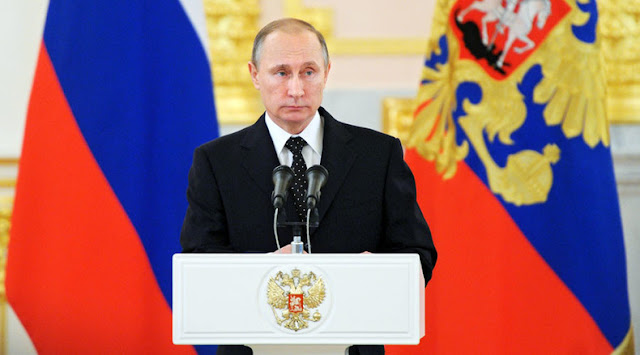 Asia News reports that the Council of Europe has removed sanctions against Russia.
Russian representatives will be able to participate and vote. The European body is interested in human rights and the rule of law, and gathers parliamentarians from 47 nations. The exit of Russia would have meant that Russian citizens could no longer appeal to the European Court of Human Rights, linked to the Council of Europe. But some suspect that the sanctions have been lifted so that Moscow will continue to pay its participation fee each year: 33 million euros.

Strasbourg (AsiaNews / Agencies) - Last night, the Parliamentary Assembly of the Council of Europe voted for the listing of sanctions against Russia, allowing its representatives to return to speak and vote in the Assembly.

The Council of Europe, distinct from the European Union, is an institution that is interested in human rights and the rule of law, and gathers parliamentarians from 47 nations. The sanctions - none of them economic - had been applied in Moscow in 2014, after the annexation of the Crimea and the Donbass war. They had led Russia to suspend its participation in the Assembly, threatening its permanent exit and also halting the participation fees, which are around 33 million euros, 10% of the total budget of the institution.

The permanent exit of Russia would have the effect of making it impossible for Russian citizens to appeal to the European Court of Human Rights, linked to the Council of Europe.

The current French minister Amélie de Montchalin, explained that the institution - which this year celebrates its 70th anniversary - has human rights at heart and this is why the sanctions had to be lifted. The motion on the cancellation had 118 votes in favor, 62 against and 10 abstentions.

According to Russian media, the end of sanctions is a "symbolic victory", which could foreshadow others, even the economic ones imposed by the European Union.

But the Council's decision has also received strong criticism. In Le Monde, the historian Antoine Arjakovsky, of the Institute of Ecumenical Studies of Lviv (Ukraine), denounced the choice as a "collective suicide" of the ideals of the Council, at the price of 33 million euros.
Edited from Asia News IT
Posted by Jesus Caritas Est at 12:01 PM