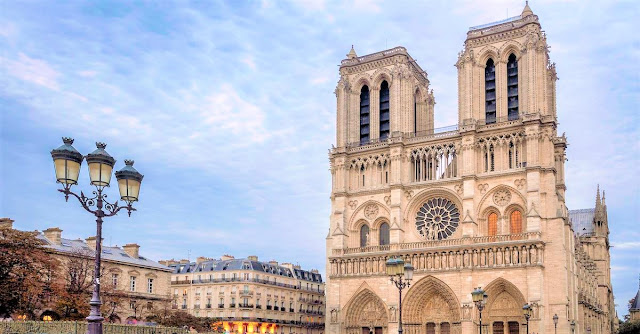 France 24 reports that the Notre-Dame cathedral will host its first Holy Mass this weekend since a fire ravaged the Paris landmark almost two months ago, the city’s diocese said Tuesday. The mass led by Archbishop of Paris Michel Aupetit will be celebrated on a very small scale late Saturday, the diocese said. It will take place in a “side chapel with a restricted number of people, for obvious security reasons,” it said. Just 20 people are expected to take part, including priests and canons from the cathedral.  The Holy Mass will be broadcast live by a French television channel so that Christians from all over France can participate, the diocese added. The date has been chosen as it is the anniversary of the consecration of the cathedral’s altar, which is celebrated every year on June 16.
Edited from France 24
The following video gives a look inside after the fire:
Posted by Jesus Caritas Est at 8:52 PM