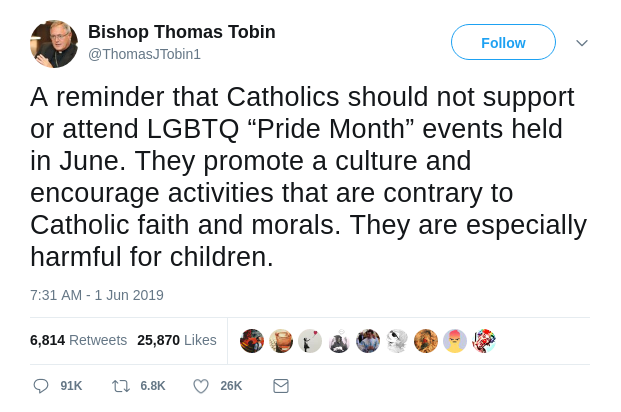 "A reminder that Catholics should not support or attend LGBTQ "Pride Month" events held in June. They promote a culture and encourage activities that are contrary to Catholic faith and morals. They are especially harmful for children."
Bishop Thomas Tobin
@ThomasJTobin1


The Catechism of the Catholic Church explains that those with homosexual tendencies “must be accepted with respect, compassion, and sensitivity,” but that homosexual acts constitute “grave depravity,” are “intrinsically disordered,” and that “under no circumstances can they be approved.” Instead, “homosexual persons are called to chastity.” (CCC, 2357-2359)
Posted by Jesus Caritas Est at 10:44 AM