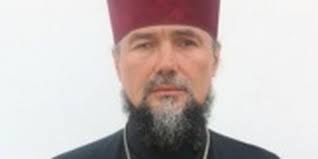 The Belotserkov Diocese of the Ukrainian Orthodox Church is requesting prayers for the repose of the soul of Archpriest Bogdan Sushansky, who drowned on Monday trying to save his own 4-year-old daughter, Anisia, who also perished.
Fr. Bogdan, 58, served as the rector of the Church of St. Nicholas in the village of Yablonovka in the Belotserkov Deanery of the Belotserkov Diocese, where he was respected by clergy and laity alike.
According to a press release from the National Police, Fr. Bogdan and his wife and two of his children drove to the village of Scherbaki to pick up another son who was on vacation there with some friends. While they waited to leave, Fr. Bogdan took his dauther Anisia for a walk, and their bodies were later found by the elder son.
“The man started calling for help, and people who were relaxing nearby called an ambulance, and they pulled the man with his daughter out of the water, already without signs of life,” the police statement reads.
Anisia’s funeral was held last night in the Cathedral of the Transfiguration in Bela Tserkov, after which their bodies were transported to Pochaev, where Fr. Bogdan’s funeral will be served.
Fr. Bogdan leaves behind his matushka and six children.
Edited from Orthochristian.com
Posted by Jesus Caritas Est at 4:24 PM