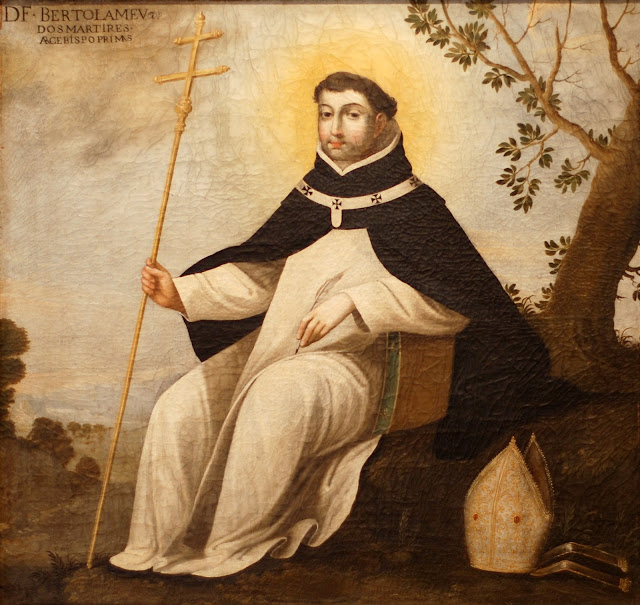 Pope Francis on Friday enrolled a Portuguese archbishop as a new saint of the Catholic Church and approved decrees bringing a woman and 7 men closer to sainthood.

New Portuguese saint
The Pope received in audience Cardinal Angelo Becciu, Prefect of the Vatican Congregation for the Causes of Saints and approved the favourable votes of the members of the Congregation and extended to the Universal Church the liturgical cult in honour of Blessed Bartholomew of the Martyrs (born Bartholomew Fernandes), the Dominican Archbishop of Braga, Portugal.

Born in Lisbon (Portugal) on 3 May 1514 and died in Viana do Castelo (Portugal) on 16 July 1590.  The Holy Father has  enrolled Blessed Bartholomew dei Martiri Dominican in the catalogue of Saints (equivalent to canonization).

The Pope   authorized the promulgation of decrees on the heroic virtues of a woman and 6 men who hail from 6 countries:

-        The heroic virtues of the Italian Servant of God Giovanni Vittorio Ferro, of the Order of the Clerics Regular of Somasca, Archbishop of Reggio Calabria-Bova.  He was born in Costigliole d'Asti (Italy) on 13 November 1901 and died in Reggio Calabria (Italy) on 18 April 1992;

-        the heroic virtues of the Spanish Servant of God Angel Riesco Carbajo, titular Bishop of Limisa, Auxiliary Bishop of Tudela, founder of the Institute of the Missionaries of Charity.  He was born in Bercianos de Vidriales (Spain) on 9 July 1902 and died in La Bañeza (Spain) on 2 July 1972.

-        The heroic virtues of the Italian Servant of God Angelico Lipani (born Vincenzo), a professed priest of the Order of Friars Minor Capuchin, founder of the Congregation of the Franciscan Sisters of the Lord. He was born in Caltanissetta (Italy) on 28 December 1842 and died there on 9 July 1920.

-        The heroic virtues of the Servant of God Francisca of the Holy Spirit (born: Francisca de Fuentes), Foundress of the Congregation of the Dominican Sisters of Saint Catherine of Siena.  She was born in Intramuros (Philippines) in 1647 and died in Manila (Philippines) on 24 August 1711.

-        The heroic virtues of the Servant of God Étienne Pierre Morlanne, layman, founder of the Congregation of the Sisters of Maternal Charity. He was born in Metz (France) on May 22, 1772, and died there on January 7, 1862.
Edited from VaticanNews.va
Posted by Jesus Caritas Est at 8:46 AM