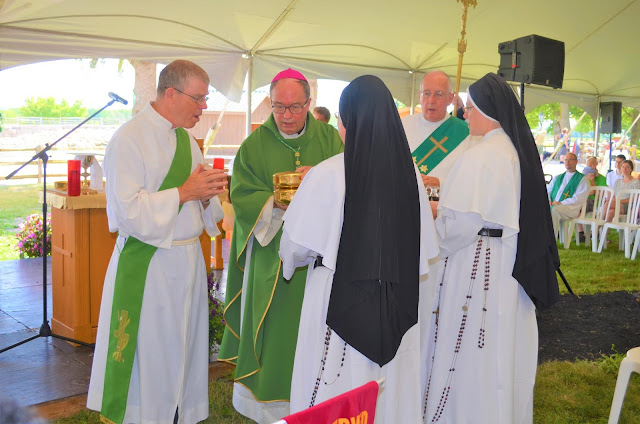 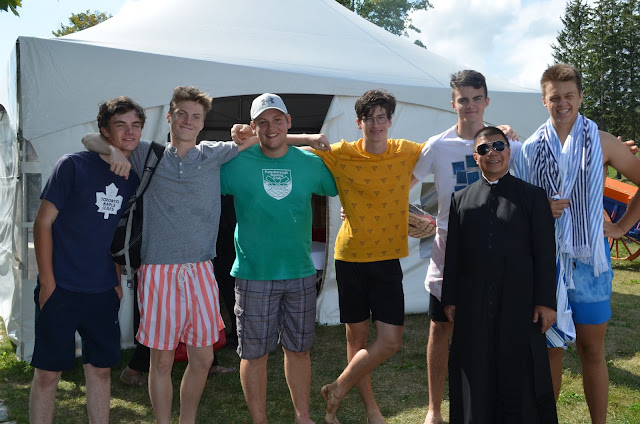 It began in 2016, at the conclusion of the Year of Consecrated Life announced by Pope Francis.
That year, two new religious communities had come to the Diocese of Peterborough; the Oblates of Mary Immaculate and the Sisters of Our Lady Immaculate. A third order, the Servants of the Holy Name of Jesus, had been formed within the Diocese with the permission of then-Bishop William McGrattan. Diocesan Vocation Director Fr. John Perdue wanted to acknowledge and celebrate the presence of these three new religious orders and was looking for an opportunity to host an event. Friends of Fr. John’s, Paschal and Sylvia McCloskey, own a beautiful property east of the City of Peterborough with beautiful aqua-blue lakes and rolling hills. Paschal mentioned to Fr. John that he enjoys sharing the property with others, and an idea was hatched. In August 2016, Paschal and Fr. John hosted an event for families, priests and religious to celebrate the arrival of the three new religious orders. There was swimming in the lakes, live music, speeches and supper. Everyone had a wonderful time and recognized the value of an event like this. It was decided that this should be an annual event and word has spread. To date, religious orders have come to the Vianney Fair from Ontario, Quebec, Michigan and Tennessee. 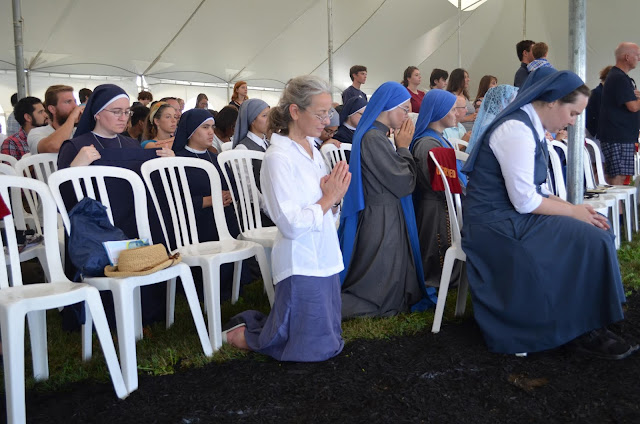 This year, 14 different orders were represented. The religious set up displays to promote their orders and to meet people; children participate in a scavenger hunt that requires them to obtain stickers from 6 different religious orders; there is a soccer game between teenagers and priests and religious. A highlight of the event is the ‘Nun-Run’ which features a light-hearted competition between two religious sisters while the attendees cheer them on. Most recently, the Nun-Run involved a golf cart race between Sister Amanda Marie of the Daughters of St. Paul and Sister Krulowa of the Sister Servants of Our Lord and the Virgin of Matara. The value of this event in modern western society is undeniable. There was a time when Catholic laity were constantly exposed to religious men and women. They had aunts and uncles who were priests and nuns; they were taught by priests and nuns in Catholic schools and ministered to by religious in Catholic hospitals. This is no longer the case. Now, there are young people in Canada who have never seen a nun in real life. In this climate, when these important interactions between young people and religious are not happening naturally, it behooves us to create opportunities for young people to see that priests and religious still exist and that they are normal people from normal families. And it helps for young people to know that religious men and women can have fun too! That is where an event like the Vianney Fair comes in. Families are able to spend a day together, to enjoy a beautiful property and a tasty meal. Most importantly, they are able to see that young people continue to answer the call to lay down their lives in service of Jesus and the Church, and that those who say ‘yes’ are joyful in their vocations.
By: Fr. John Perdue of the Archdiocese of Peterborough, Ontario, Canada - Pictures by Christy Doris 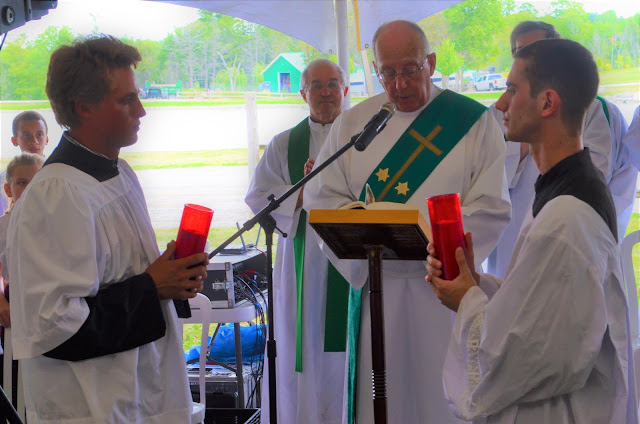 Posted by Jesus Caritas Est at 9:57 AM