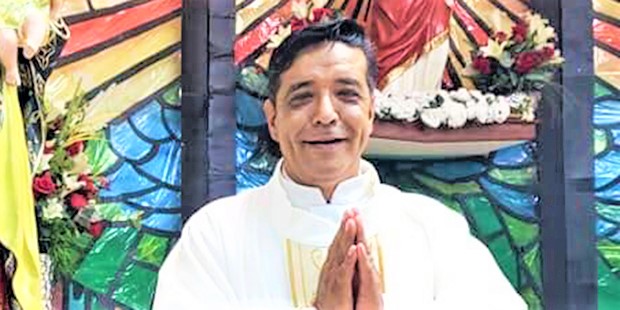 A Roman Catholic priest was stabbed to death  in the northern Mexico border city of Matamoros, across from Brownsville, Texas.

The Diocese of Matamoros on Friday identified the victim as Rev. José Martín Guzmán Vega and called on authorities to investigate the killing.

The church’s Catholic Multimedia Center says neighbours heard shouts and found Guzmán Vega stabbed and bleeding inside his parish church late Thursday. He died soon after at a local hospital.

The centre says it was the first killing of a Catholic priest in Mexico this year. It says a total of 26 priests were slain in Mexico in 2012-2018.

There was no immediate information on a possible motive in Thursday’s killing. In the past, priests have been slain in robberies, kidnappings and seemingly random confrontations.
Edited from City TV News - AP
Posted by Jesus Caritas Est at 2:45 PM