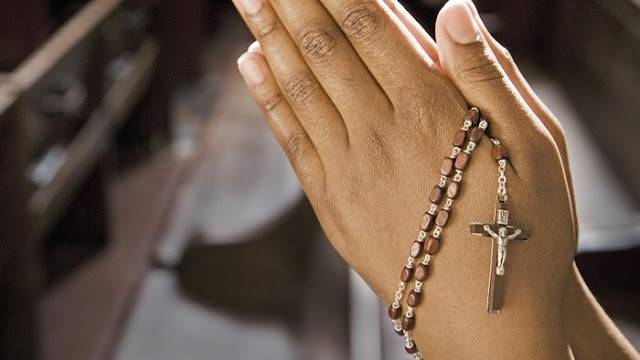 After recent killings by Fulani Herdsmen of Priests in Nigeria, Africa the Catholic Diocese has sounded the alarm to the Government and faithful. They Released this Statement:
The Catholic Bishop of Enugu Diocese, His Lordship Most Rev. Callistus Onaga today 4th August released the official statement of the Diocese in reaction to the increasing insecurity in the State and the country.
The official position of the Diocese was made known as the Diocese observed a special Eucharistic Celebration for Peace and Security in the State and the Country today at the Holy Family Arena, Holy Ghost Cathedral, Enugu.

Here is the full statement;

ENOUGH IS ENOUGH: A MESSAGE FROM THE CATHOLIC DIOCESE OF ENUGU
Following the increasing rate of insecurity in the form of killings, kidnappings, rapes, destruction of farmlands and properties, and various forms of intimidation in the country, the Catholic Diocese of Enugu sees herself compelled to make the following public pronouncements:
1. We seem to be living in a state of anarchy, total breakdown of law and order.
2. In recent times, an alarming number of our people-including Priests and government officials-has been killed by these murderers.
3. The rate of kidnappings has continued to increase both in the villages and in the cities.
4. The demand of outrages ransom and the inability of the victims to pay, have led to outright killings.
5. Our people are now afraid to embark on their normal farming activities.
6. It is no longer safe for our people to move freely on the roads or visit their homes in the villages.
7. For fear of being raped, our women can no longer carry out their regular activities in the villages, particular their farming and other businesses.
8. The burning of houses has been perpetrated within our own territory.
9. All these catastrophic evils have hampered peaceful coexistence and development in our state.
Against this background, we demand that:
1. Government should as a matter of urgency, flush out bad Fulanis from our state.
2. Government should effectively equip the vigilante groups to provide protection and security for their various localities.
3. In this era of technology, the deployment of surveillance devices has become very necessary in our effort to combat these security threats.
4. Community leaders should desist from actions that would be inimical to the security of their people and any betrayal must be seriously sanctioned.
5. In this regard, security agents should not betray the information entrusted to them for the security of the people.
6. It is important for Traditional leaders, town unions and various youth organizations to work together and speak with one voice in order for the security measures they put in place to be effective and successful.
7. Our people must know that they are part of actions to provide security and should say something when they see something. In this regard, security agents should not betray the information entrusted to them for the security of the people.
8. The government should formulate policies and enact laws that would checkmate these atrocities that are being meted out on our people.
9. The government should provide counseling and other services to victims of these bad Fulani people.
10. Finally, we wish to remind our people that unless the Lord builds the house, they labour in vain who build it.
11. We must continue to ask the Lord to be with us in this sad moment of our lives. Every family in the Diocese should pray one mystery of the Rosary every day for the security of our Diocese.
Posted by Jesus Caritas Est at 11:10 AM