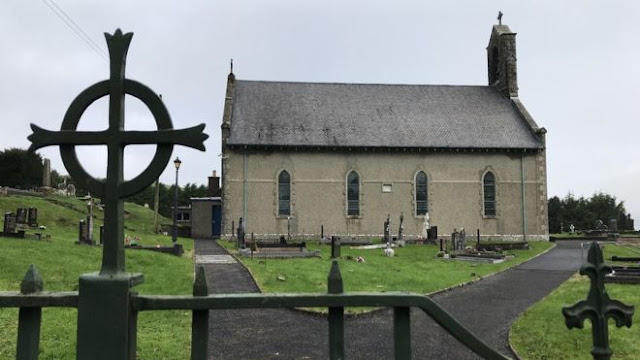 Irish Catholic report: August 15, 2019
€356m paid by religious orders for Govt abuse redress scheme Minister for Education and Skills Joe McHugh TD
Religious congregations named in the Ryan Report have so far contributed just under half of what they voluntarily offered to pay to the State’s cost of compensating former residents of the institutions investigated.

According to a written answer from Education Minister Joe McHugh released this week, the 18 congregations have handed over €231million to the State of the €480million voluntary offer they made in 2009.

Minister McHugh confirmed that the vast bulk of the sum agreed in 2002 have already been transferred.

“Some €125million of the €128million provided for under the 2002 Indemnity Agreement has been fully contributed with the transfer of two properties remaining to be fully completed,” he said.

According to the minister, the additional offers made in the aftermath of the publication of the Ryan Report included cash and properties and were valued by the congregations at €352.6m. Some €106.4 million of the €352.6million offered has been received to date, including €103.6million in cash together with properties valued at €2.8million.

A cash amount of €6.8million is due from the Christian Brothers and is expected to be received in the near future, while an additional contribution of €1million is expected from the Presentation Brothers.

Mr McHugh confirmed that under the 2009 voluntary offers, a total of 18 properties were accepted by the Government for transfer to a number of State bodies. The transfer of 13 of these properties has now been completed but valuations have yet to be obtained in a number of cases.

The transfer of most of the remaining five properties is at an advanced stage,” he said.

“It’s very disappointing to see the pace at which funds are being transferred. It’s just not good enough. Let’s not forget the people behind why this money is being recouped. Childhoods were robbed, and people’s lives ruined.

“This was a very dark period in our history and it seems some are averse to acknowledging the hurt and pain that was caused,” Deputy Rabbitte said.

The total cost of redress, according to the Department of Education, is in the region of €1.5billion.
FULL TEXT from The Irish Catholic - irishcatholic.com
Posted by Jesus Caritas Est at 12:32 PM