#BreakingNews 2 Catholic Priests and Catechist Arrested for Conversions - Vicar calls this "abuses against priests and Christians..." 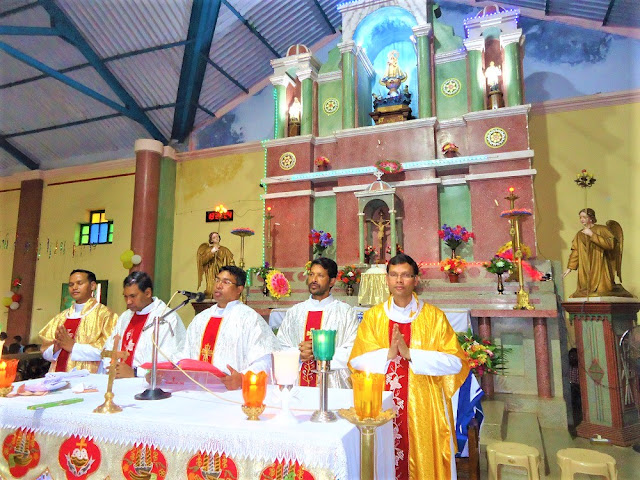 ASIA/INDIA - Two Catholic priests and a catechist arrested for "proselytism": for the church it is an abuse Monday, 9 September 2019
Bhagalpur (Agenzia Fides) - Police in the state of Jharkhand, in eastern India, took into custody two Catholic priests and a catechist on charges of having led the conversion of religious faith to the people of a village. As reported to Agenzia Fides by father N.M. Thomas, vicar general of the diocese of Bhagalpur, the diocese where the village is located, the police arrested Fr. Arun Vincent and Fr. Benoy John and catechist Munna Hansda from the Rajdaha mission on 6 September accusing them of having carried out "forced conversions" to Christianity in the village of Deodar and also of "illegal occupation of land". The police subsequently released Father Vincent, while Fr. Benoy John and the catechist will probably be released after September 11, the Vicar general said. According to Father Thomas, these arrests are nothing more than "abuses against priests and Christians and cases of intimidation, politically motivated, to cloud the work of missionaries for the poor, the marginalized and the suffering".
A local Catholic Augustine Hembrom told Fides: "We totally condemn this action. It is known that we Catholics believe in freedom of conscience and we would never force anyone to change his faith. Government authorities are aware of this. Therefore, the arrests are certainly instrumental, and they intend to hit Christians". Speaking of the incident, John Dayal, a Catholic human rights activist and secular leader, told Fides: "What is happening in Jharkhand, in particular, and in the tribal belt in central India, is a cause for deep concern. There is a state sponsored by the federal government, which acts against religious minorities, affecting Muslims on the one hand and Christian clergy and educational institutions on the other".
"The most worrying fact is the attempt to divide people according to religious affiliation. We are all Indian citizens. This policy of division must be defeated if peace and unity are to be maintained and democracy and development strengthened", said Dayal. (SD) (Agenzia Fides, 9/9/2019)
Posted by Jesus Caritas Est at 9:51 AM