#BreakingNews Catholic Pastoral worker Killed - RIP Diana Juárez, age 35 - coordinator of Care of Creation of the church of Our Lady of Guadalupe 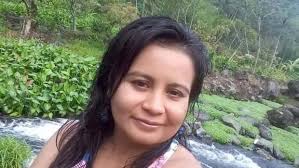 Suchitepéquez (Agenzia Fides) - Diana Isabel Hernández Juárez, a 35-year-old teacher and coordinator of the Pastoral of Creation of the parish church of Our Lady of Guadalupe in Suchitepéquez (Guatemala) was murdered. The news sent to Fides through social media, comes along with the statement of the "Mujeres Madre Tierra" Association that condemned the fact.
According to information sent to Fides, the teacher, on Saturday 7 September, was participating in a Bible Day gathering at Monte Gloria community, when she was attacked by two individuals who shot her and then fled. Unfortunately she died because of serious injuries.
Diana Isabel Hernández Juárez was known in the area because she had led several projects such as "the family vegetable garden" and "municipal farms", and reforestation projects in more than 32 rural communities. The Mujeres Madre Tierra Association and the Catholic community of Suchitepéquez have asked the authorities to clarify the matter and find those responsible for this terrible event as soon as possible. (CE) (Agenzia Fides, 10/09/2019)