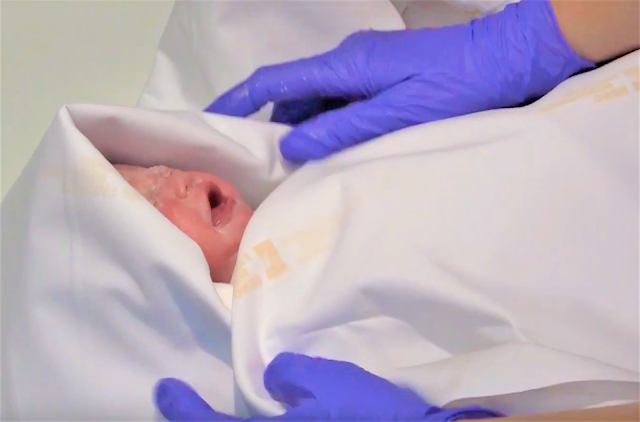 A woman who was brain dead for 117 days was still able to give birth to a healthy baby girl. The expectant 27-year-old from the Czech Republic, who had a rare medical condition called arteriovenous malformation, had a brain hemorrhage April 21, according to Brno University Hospital. The woman was found unconscious and was later declared brain dead, according to Reuters. Doctors kept the woman alive for nearly four months to preserve the life of her baby. "Brno University Hospital doctors and nurses overwrote the history of medicine," the Czech hospital wrote in a translated tweet Monday. "For 117 days they were maintaining vital functions in a pregnant, brain dead woman. Then a healthy baby girl was born." The little girl, named Eliska, was born Aug. 15, weighing approximately 4 pounds, 10 ounces, EuroNews reported. The little girl has since been taken home to her father. Only about 20 similar cases have been reported worldwide, according to a hospital press release, although Eliska's case was the longest. Edited from Source:  https://www.wcvb.com - ABC
Posted by Jesus Caritas Est at 7:55 AM