Cardinal Sako writes Letter of Appeal for Iraq "take the concerns of Christians seriously, reassure them and encourage them to remain in their land." 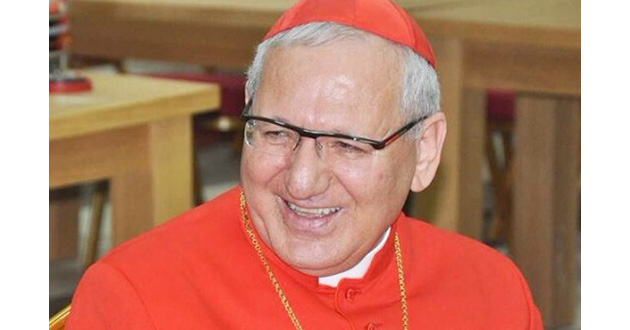 Card Sako: common strategy and protection of Christians to guarantee a future for Iraq
In a letter appealing to the institutions and the civilian population the cardinal hopes for a courageous political dialogue to overcome crisis and difficulties. The dangers of a US-Iran conflict that will cause "ruin, destruction and fragmentation". Muslim government and authorities must encourage and preserve the Christian presence.

Baghdad (AsiaNews) - Iraqis must "open a courageous political dialogue" and develop a "strategy agreed" by all political parties, striving "for its implementation" to emerge "from current crises and calamities", writes the Chaldean primate.

In a heartfelt appeal to the Iraqi people and to the political and institutional leadership, published on the patriarchate website and sent to AsiaNews for information Cardinal Louis Raphael Sako warns “the Iraqis must have confidence in themselves, in their abilities and unity" challenging the difficulties, problems and dangers that still threaten the future of the nation.

From the tensions between Iran and the United States, which are likely to involve Iraq, to ​​the difficult recovery of a nation marked by fundamentalist violence and the dark years of domination by the Islamic State, defeated on a military level but not on an ideological level, there are many challenges to deal with.

In this context, the Chaldean patriarch invites politicians to "take responsibility" to "preserve the results achieved", avoiding remaining entangled "in a proxy war" in the face of the ongoing crisis between Washington and Tehran.

A conflict that, if it breaks out, will cause "ruin, destruction and fragmentation" pushing more and more people "to emigrate" and causing "more victims in the entire region". Card Sako explains this is why it is increasingly urgent to work for peace and work according to a "future vision" of a nation that is founded on the basis of "democracy, the rule of law and respect for diversity". Strengthening the common commitment "to peace and prosperity".

In a critical moment for the life of Iraq and of the whole Middle East, the Chaldean primate reserves a special reflection for the Christian community which, in recent years, has abandoned the region in search of salvation and shelter in North America en masse Europe and Australia.

"Christians - he warns - are an essential component"; they were among the first to defend "the values ​​of citizenship and human fraternity", preserving "the cities, churches and monasteries from the dawn of Christianity until the fall of the regime [of Saddam Hussein] in 2003".

The collapse of the previous system opened the doors to the jihadist and fundamentalist advance, favored the entry of terrorists who kidnapped and killed faithful and priests, blew up churches as happened to the Syrian Catholic Church of Our Lady of Liberation in Baghdad.

The Cardinal then recalls the rise of ISIS and the flight of Christians from Mosul and the plain of Nineveh, with the corollary of places of worship and historic buildings "burned or blown up". "Today - he says - despite the liberation of their areas, they have received no support from the Iraqi government to rebuild homes and repair infrastructure."

Christians today are divided into 14 churches, the most important of which is the Chaldean, which - the cardinal accuses - has formed "political parties and organizations that have done nothing for them". The number has "drastically decreased" after 2003, also due to terrorism and the progressive exclusion from the political and institutional life of the country. The local community, he continues, "was marginalized" and "unfair laws issued against them"; the "apex" is represented by the rise of ISIS and the subsequent loss of property and confidence in the future. "Many have emigrated [...] to ensure the education of their children and their future".

That is why, concludes the Chaldean patriarch, the government, Muslim religious authorities and political blocs must "take the concerns of Christians seriously, reassure them and encourage them to remain in their land." Christians "will help to raise awareness among Iraqis about the values ​​of citizenship, tolerance and respect and the consolidation of coexistence on this earth".
FULL TEXT Source: AsiaNewsIT
Posted by Jesus Caritas Est at 9:36 AM