Death Toll Rises to 8 Killed by Shooter in Odessa-Midland, Texas - RIP to the Victims - Condolences from USCCB 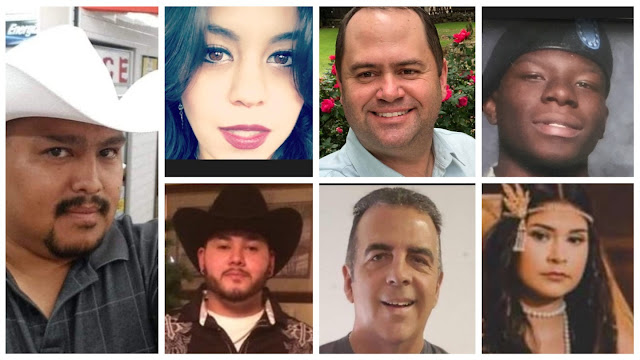 A shooter in Odessa and Midland, Texas, killed at least 7 people, including a 15-year-old girl. There were 24 people injured, including a 17-month-old girl and three police officers.
Among the victims killed was an Odessa High School student, 15-year-old Leilah Hernandez, Mary Granados, a 29-year-old postal worker, Joseph Griffith, a 40-year-old, father of two, and Edwin Peregrino, who was 25. CBS 7 reports the death toll increased to 8 in the day following the West Texas shooting, with 5 killed in Odessa and three killed in Midland.
On Twitter Senator Ted Cruz wrote on Twitter he is praying for the victims and their families in a series of tweets.  (Source: Heavy.com)
USCCB President Issues Statement Following Shootings in Midland and Odessa

September 1, 2019 WASHINGTON - Cardinal Daniel DiNardo, Archbishop of Galveston-Houston, and President of the United States Conference of Catholic Bishops (USCCB), issued the following statement in response to the tragic shootings in Midland and Odessa, Texas.

“As we travel to Sunday Mass, we do so with heavy hearts. Just a few short hours ago, less than a month after the horrific instances of gun violence in California, Texas and Ohio, yet further terrible shootings took place, this time involving random targeting of victims on roads and highways. There are reports of at least 5 fatalities, and numerous critical injuries. Once again, these horrific onslaughts demonstrate unequivocally the undeniable existence of evil in our society. I am deeply saddened to witness yet again scenes of violence and contempt for human life being repeated in our Nation’s streets. With renewed resolve, I call on all people of good will, starting with our Catholic leaders and faithful, to work tirelessly to root out the causes of such crimes. As people of faith, we must continue to pray for all the victims, and for healing in all these shattered communities that now extend across the length and breadth of our land.”