Forests in Bolivia, South America, have been Burning for 2 Months - Bishops call on Government for Action 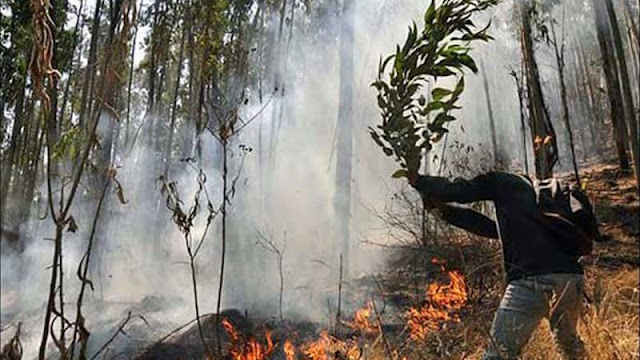 AMERICA/BOLIVIA - The forest has been burning for two months: the Bishops ask for the intervention of authorities and harsh sanctions for those responsible Friday, 13 September 2019
Santa Cruz (Agenzia Fides) - For two months now the Bolivian forest has been burning in different parts without stopping. Some experts in the field consider that no intervention to extinguish the fire will succeed in a positive way, as "it is necessary to isolate the largest outbreaks of the fire with bulldozers or other machinesin order not to allow the fire to spread", as governor of the eastern province of Santa Cruz, Ruben Costa says. The Secretary General of the Bolivian Bishops’ Conference (CEB) has sent Fides the declaration of 11 September, entitled "Irreparable damage to our common home" on what the country is experiencing. In the text Mgr. Aurelio Pesoa, Secretary General of the CEB, refers to a natural and unprecedented disaster in three specific areas of the Bolivian territory: the Bolivian Amazon, Chiquitanía and Chaco. The national government is then asked to "intervene urgently and immediately, to declare the national emergency in the affected areas, to promulgate a decree of absolute prohibition of any cultivation and extraction, promoting only reforestation activities, as well as efficiently administering resources from national and international aid".
"The fires are destroying a priceless natural wealth in the eastern part of our country, more than two million hectares have already been burned", reads the text. "There are serious indications that behind this national and humanitarian disaster there is a decision to expand the agricultural frontier in Bolivia without taking into account the interests of the common home, nor the basic principles of ecological ethics, nor of indigenous peoples", states the Bishops’ text. "In the name of the God of life, we ask the autonomous government of Santa Cruz and the municipal governments to make every effort so that aid reaches the affected areas and is distributed based on the real damage of the inhabitants, who have seen their property, their animals and their crops destroyed. These measures must be accompanied by exemplary sanctions for those causing these fires, considering the seriousness of the crime against the ecosystem and biodiversity". The text concludes with a request to all Bolivians to bring aid through parishes, which is focused on helping the victims of this terrible tragedy. (CE) (Full Text source: Agenzia Fides, 13/9/2019)
Image Source: Google Images of Bolivian forests
Posted by Jesus Caritas Est at 11:59 AM