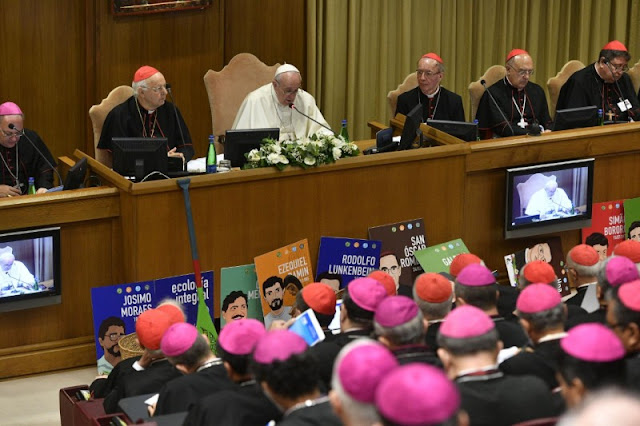 After the speech of the Holy Father Francis and the Report of the General Secretary, the Cardinal Em. Lorenzo Baldisseri, the 1st General Congregation of the Special Assembly of the Synod of Bishops for the Pan-Amazonian Region, on the theme: "Amazonia: new paths for the Church and for an integral ecology "(6-27 October 2019), continued in the Synod Hall in the Vatican with the presentation of the Introductory Report of the General Relator, the Cardinal Em. Claudio Hummes, OFM, Archbishop Emeritus of São Paulo, President of the Episcopal Commission for the Amazon of the National Bishops Conference of Brazil and President of the Pan-Amazonian Ecclesial Network (REPAM).