Attack on Synagogue in Halle, Germany leaves 2 Dead and several Injured - the Pope prays for the Victims 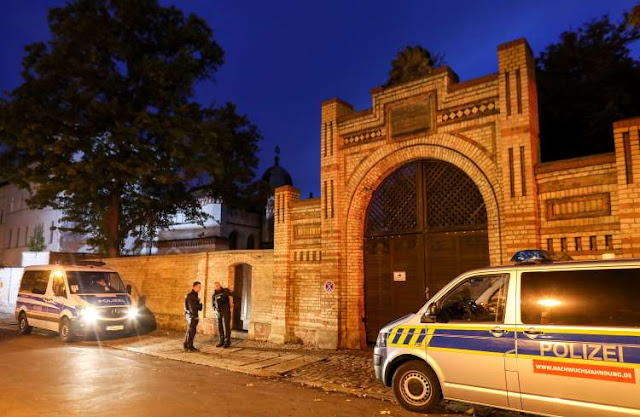 Vatican News reports that two people died and several bystanders were injured in an attack, which took place on the Jewish holy day of Yom Kippur, Wednesday, October 9, 2019. The attack occurred in Halle, Saxony-Anhalt, in Germany at the Jewish Synagogue. The Times of Israel names the victims as local residents Jana Lange, 40, and Kevin S., 20, were gunned down. (pic. below) 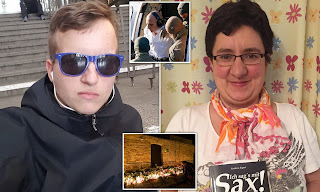 The gunman has been identified as a 27-year old neo-Nazi, named Stephan Balliet, who attempted to break into the synagogue which was filled with over 70 people, including children. A group of worshippers barricaded the door at the sound of the gunfire which prevented further bloodshed.

The German Minister of the Interior has confirmed the “anti-Semitic” motivations for the attack, and German Chancellor Angela Merkel attended a memorial vigil for the victims in Berlin.

The European Parliament in Brussels stopped to hold a minute’s silence, while political and religious leaders called for renewed efforts to resist the rise of anti-Semitism in Europe.

In the Vatican, before concluding the day’s work at the Synod on the Amazon, Pope Francis prayed for the victims and their families.

Earlier this week, the Pope sent a message of good wishes to the Jewish Community of Rome for the feats of Rosh Hashanah and Yom Kippur.
Edited from VaticanNews and the Times of Israel - Images Source: DailyMail - Google Images