Saint October 25 : St. Crispin and St. Crispianus who were Brothers and Martyrs - the Patrons of #Shoemakers 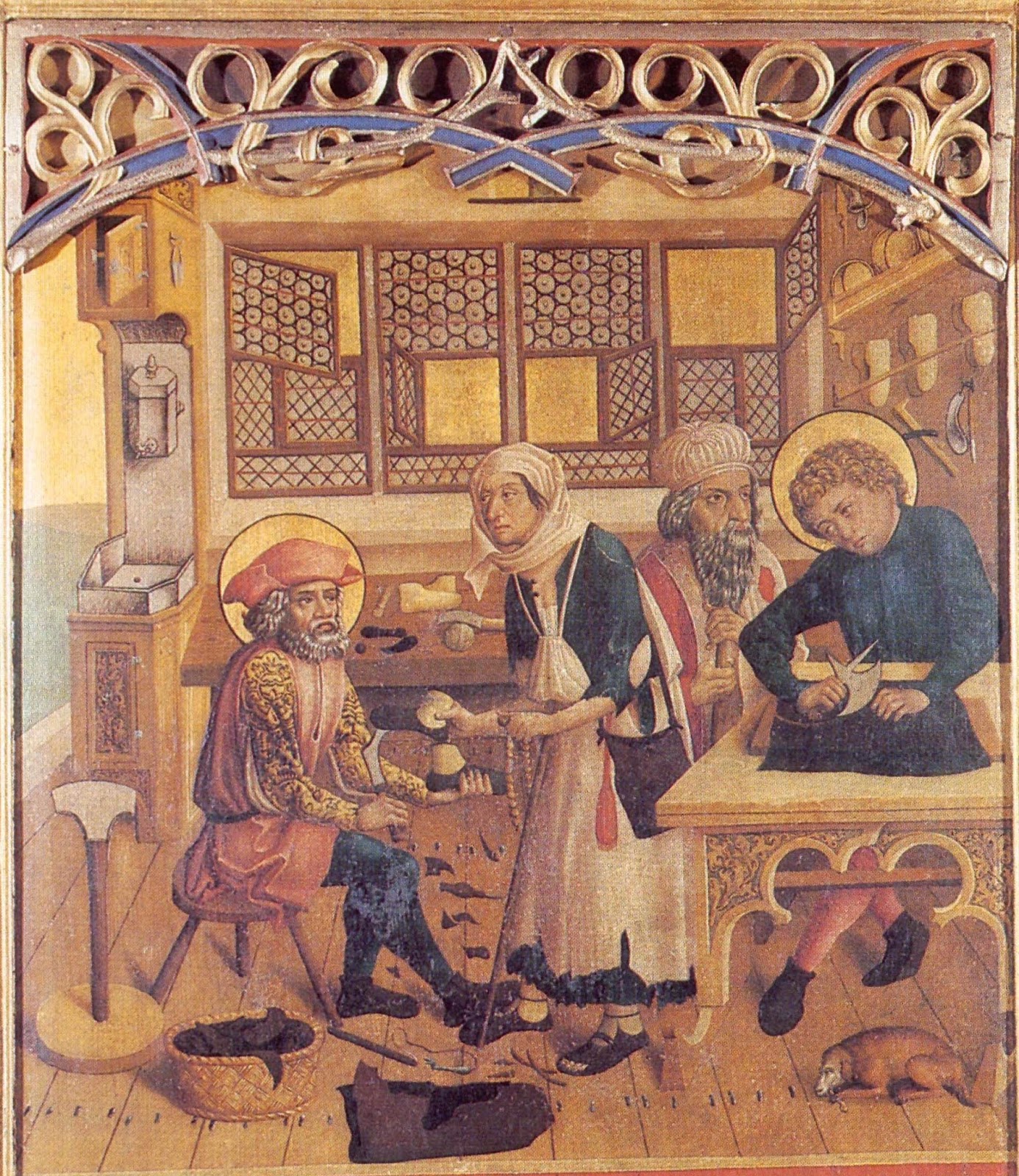 The English version depicts Crispin and his brother as the sons of the queen of Logia, or Kent. To escape the persecution of Christians by Diocletian, the brothers dressed in commoners’ clothes and left their mother and the town of their birth—now known as Canterbury. Arriving in Faversham in the middle of the night, they knocked on a door from which a merry song emanated. This was the house of Robards, a master shoemaker. Impressed by their manners, Robards took them in. Straightaway they entered a seven year apprenticeship. So good was their work that Robards soon found himself appointed shoemaker to Maximinus, Diocletian's associate Emperor. Sent to Canterbury with shoes for Ursula, the Emperor’s daughter, Crispin was struck by her beauty and fell in love with her. After all the trials and tribulations that love and class can inflict upon them, Ursula and Crispin secretly married. When Maximinus learned of Crispin's high birth, he became reconciled to their marriage and blessed their son saying: "A shoemaker's son is a prince born." The marriage was confirmed October the 25th and celebrated with feasting and drinking. That day has ever since been the shoemakers' holiday. Shared from thehcc.org/crispin.htm - Image SHARE Google Images
Posted by Jesus Caritas Est at 8:12 PM