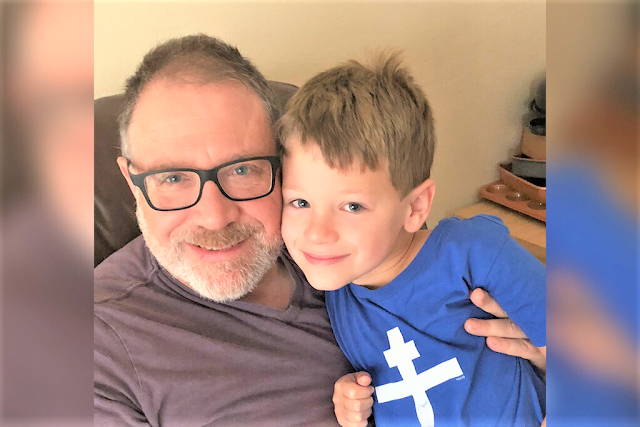 Texas Court Gives 7-Year-Old Boy A Reprieve From Transgender Treatments
The mother no longer has sole authority to manipulate her 7-year old boy into gender transition. Instead both mother and father will share equally in decision-making for him and his twin brother.
In a closely watched Dallas, Texas, child custody case, Judge Kim Cooks put aside the disappointing jury’s verdict of Monday against the father and ruled Thursday that Jeffrey Younger now has equal joint conservatorship with the mother, Dr. Anne Georgulas, of their twin boys.

The mother no longer has unfettered authority to manipulate her 7-year old boy into gender transition. Instead both mother and father will share equally in medical, psychological, and other decision-making for the boys. Additionally, the judge changed the custody terms to give Younger an equal amount of visitation time with his sons, something that had been severely limited.


The public outcry and nationwide media attention were significant. Texas Republican Gov. Greg Abbott announced state child protection agencies would investigate and Texas Sen. Ted Cruz encouraged Texas lawmakers to act to keep children from being given surgeries and hormones to make them appear more as their opposite sex.


. “Six-year-old James is caught in a gender identity nightmare. Under his mom’s care in Dallas, Texas, James obediently lives as a trans girl named ‘Luna.’ But given the choice when he’s with dad, he’s all boy—his sex from conception.


“In their divorce proceedings, the mother has charged the father with child abuse for not affirming James as transgender, has sought restraining orders against him, and is seeking to terminate his parental rights. She is also seeking to require him to pay for the child’s visits to a transgender-affirming therapist and transgender medical alterations, which may include hormonal sterilization starting at age eight.”


At the trial, Younger’s expert witnesses testified about these dangers and provided supporting evidence. Dr. Stephen Levine, a psychiatrist renowned for his work on human sexuality, testified that social transition—treating them as the opposite sex—increases the chance that a child will remain gender dysphoric. Dr. Paul W. Hruz, a pediatric endocrinologist and professor of pediatrics and cellular biology at Washington University School of Medicine in Saint Louis, testified that the risks of social transition are so great that the “treatment” cannot be recommended at all.


Blocking puberty with drugs also seems to lock children into their gender confusion, not resolve it.
On the other hand, the scientific and clinical evidence collected over decades by neutral clinicians shows that if not affirmed and allowed to go through natural puberty, as many as 98 percent of gender-confused boys and 88 percent of gender-confused girls eventually accept their biological sex. In other words, going through puberty is the ultimate cure for the majority of children with gender confusion; social and medical transition are not.

The next step on transition for children is administering drugs to suppress puberty suppression, which can start as early as age eight. That’s why Younger fought so hard to have a say in medical decisions for James. The full effects of these drugs—emotionally, neurologically and physically—when given to healthy children has not been studied. That’s right: this use is experimental and not Food and Drug Administration -approved.


Blocking puberty with drugs also seems to lock children into their gender confusion, not resolve it. Data show that as many as 100  percent of gender-confused children who use puberty blockers go on to take cross-sex hormones. That’s alarming because we’d expect to see at least some children get comfortable in their bodies. But most children taking puberty blockers continued on the path to hormonal and surgical transition, which means they will be left infertile and permanently, irrevocably sterile.
Edited from The Federalist By Walt Heyer