One of the key participants in the synod, Cardinal Pedro Barreto Jimeno, SJ. of Peru, was given an honorary Doctorate at Ottawa’s Saint Paul University on Nov. 12, 2019. Archbishop Terrence Prendergast, SJ. and Rectrice Chantal Beauvais presented the honor. In attendance, was the Ambassador from Peru, Roberto Rodríguez Arnillas, the Papal Nuncio Archbishop Luigi Bonazzi, and Bishop Pierre-Olivier Tremblay.
Barreto, was chosen by Pope Francis to oversee the organization of the Synod of Bishops for the Pan-Amazon region that was held in Rome from Oct. 6-27.

Pedro Barreto Jimeno was born in Lima, Peru, on the 12th of February 1944 and entered the Jesuit novitiate there. He studied philosophy and theology in Lima. Barreto was ordained a priest of the Society of Jesus in December 1971 and took his final vows as a Jesuit on in 1976.

The University Website notes that the Doctorate Honoris Causa is the highest honour a university can bestow. It is granted to an individual who has made a significant contribution to the University, to their profession or to society in general. In addition to his service to the Church, Cardinal Baretto is being recognized for his commitment to human rights, the environment and peace.
After the bestowal of the Doctorate a symposium was held entitled:  The Synod on the Amazon – Canada and Latin America Working Together.

Cardinal Barreto, gave a speech and said Pope Francis, in calling the Amazon synod, “is inviting us to a new stage, a new chapter of walking together for our common home.” Barreto said humanity faces an ecological crisis, and there is much that can be learned from Indigenous communities and their interaction with the environment as “we listen to the cries of the Earth.” He said the synod was an opportunity for the Church and those who participated to “listen, discern and act.” “Science is showing us our common home is sick. Science is not wrong, two plus two is four in any part of the world.” 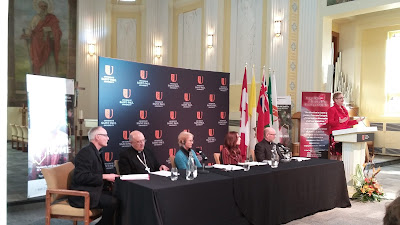 “We as the Catholic Church are not going to solve all the problems of the world,” he said, but added that by walking together with Indigenous communities and Jesus the Church can find a new path to respond to the social and ecological crisis that we face. “Pope Francis says we are turning the Earth into another waste bin,” Barreto said. “We cannot adequately fight this ecological degradation if we don’t pay attention to the causes that are directly related to this degradation which are human and social — a lack of an ethical compass which is a real problem for humanity today, a lack of principles and values.” 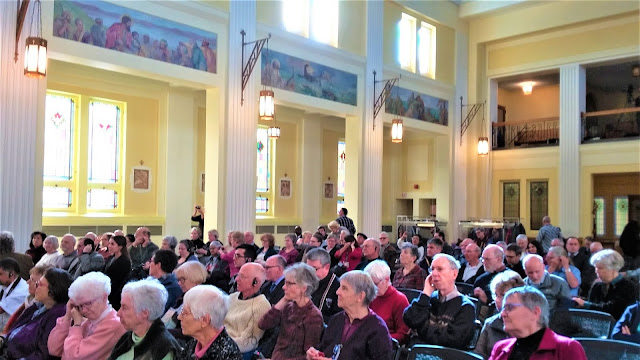