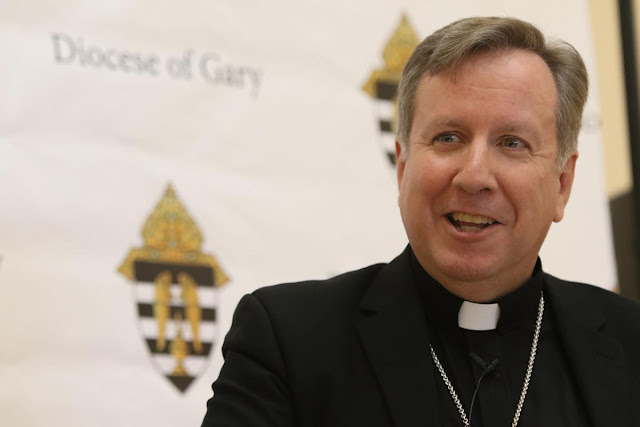 Monsignor McClory is a priest of the Archdiocese of Detroit and currently serves as Rector of the National Shrine of the Little Flower Basilica in Royal Oak, Michigan. The appointment was publicized today in Washington, D.C, by Archbishop Christophe Pierre, apostolic nuncio to the United States.

Monsignor McClory was born October 10, 1963 in Detroit, MI, and was ordained a priest for the Archdiocese of Detroit on May 22, 1999. He holds a Bachelor of Arts in Politics and Communications (1985) from the Oakland University, MI, a Master of Professional Studies in Economic Development (1987) from Columbia University, NY, and a Juris Doctor (1991) from University of Michigan. He practiced civil law for a major firm from 1991 until 1994.

Assignments after ordination include: Vicar, St. Isidore Parish, Macomb Township; St Therese of Lisieux Paris, Shelby Township (2000-2002); Judge of the Detroit Metropolitan Tribunal (2001-present); Administrative Secretary to Cardinal Adam J. Maida (2002-2003); Instructor in Canon Law at Sacred Heart Major Seminary (2002-present); Chancellor of the Archdiocese of Detroit (2003-2009); Weekend Parochial Vicar at St. Blasé Parish, Sterling Heights (2004-2011); Moderator of the Curia and Vicar General, Archdiocese of Detroit (2009-2018); and Pastor-Presentation/Our Lady of Victory Parish in Detroit (2011-2017). Since July 2017, he has been the Rector of the National Shrine of the Little Flower Basilica in Royal Oak, MI.

Bishop-elect McClory’s other appointments include: Consultant for the Catholic Leadership Institute; and Priest-Observer, Region VI for the U.S. Conference of Catholic Bishops.