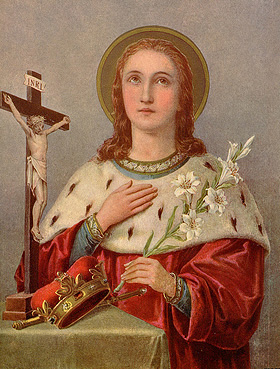 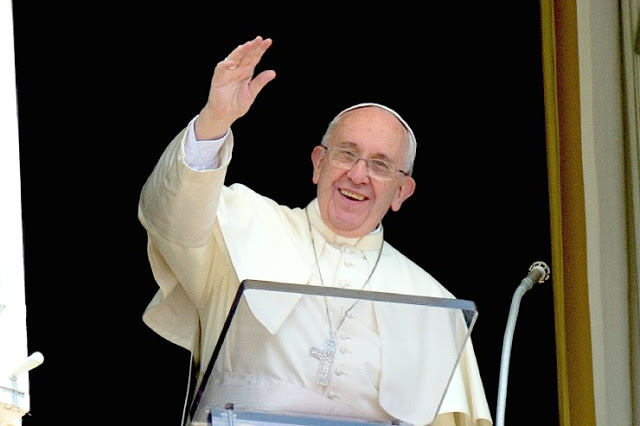 Today's Gospel passage presents short parables, with which Jesus wants to point out to his disciples the way to go in order to live wisely. With the question: "Can a blind man lead another blind man?" (Lk 6, 39), He wants to underline that a guide can not be blind, but must see well, that is, he must possess the wisdom to drive wisely, otherwise it risks causing damage to people who rely on it. Jesus thus draws the attention of those who have educational or command responsibilities: pastors of souls, public authorities, legislators, teachers, parents, urging them to be aware of their delicate role and to always discern the right path on which lead people.
And Jesus borrows a sapiential expression to indicate himself as a model of teacher and guide to be followed: "A disciple is no more than the teacher; but everyone who is well prepared will be like his teacher "(v. 40). It is an invitation to follow his example and his teaching to be safe and wise guides. And this teaching is especially contained in the discourse of the mountain, which from three Sundays liturgy offers us in the Gospel, indicating the attitude of meekness and mercy to be sincere, humble and just people. In today's passage we find another significant phrase, one that exhorts us not to be presumptuous and hypocritical. He says: "Why do you look at the straw in your brother's eye and do not notice the beam in your eye?" (V. 41). So many times, we all know, it is easier or more convenient to discern and condemn the defects and sins of others, without being able to see their own with just as much clarity. We always hide our faults, we also hide them from ourselves; instead, it is easy to see the defects of others. The temptation is to be indulgent with oneself - wide sleeve with oneself - and hard with others. It is always useful to help others with wise counsel, but while we observe and correct the defects of our neighbor, we must also be aware that we have defects. If I believe I do not have them, I can not condemn or correct others. We all have flaws: everyone. We must be aware of this and, before condemning others, we must look within ourselves. We can thus act in a credible way, with humility, witnessing to charity.

How can we understand if our eye is free or if it is blocked by a beam? It is still Jesus who tells us: "There is no good tree that produces bad fruit, nor is there any bad tree that produces a good fruit. In fact every tree is recognized by its fruit "(vv.43-44). The fruit is actions, but also words. The quality of the tree is also known from the words. In fact, who is good draws good and bad from his heart and his mouth and who is bad draws out evil, practicing the most harmful exercise among us, which is the murmuring, the chattering, speaking badly about others. This destroys; it destroys the family, destroys the school, destroys the workplace, destroys the neighborhood. Wars begin from the language. Let us think a little bit about this teaching of Jesus and ask ourselves the question: do I speak badly about others? Do I always try to get others dirty? Is it easier for me to see the faults of others than mine? And we try to correct ourselves at least a little: it will do us good for everyone.

We invoke the support and intercession of Mary to follow the Lord on this path.

I greet all of you, from Rome, from Italy and from different countries, especially the pilgrims from Warsaw, Madrid, Ibiza and Formentera.

I greet the community of the minor seminary of the diocese of Otranto on a pilgrimage to Rome with the parents.

Today there are many Italian parishes, many children of Confirmation and many students of the schools. I can not name each group, but I thank you all for your presence and I encourage you to walk with joy, with generosity, witnessing everywhere the goodness and mercy of the Lord.

And I wish everyone a good Sunday! Please do not forget to pray for me. Good lunch and goodbye!

Posted by Jesus Caritas Est at 10:58 AM No comments: 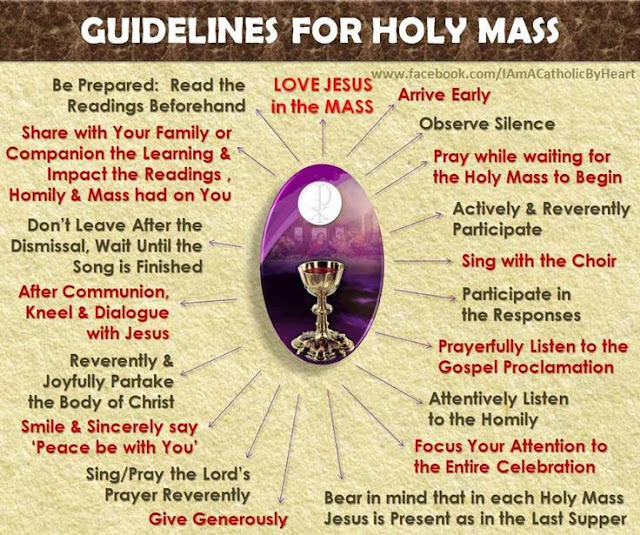 When a sieve is shaken, the husks appear;
so do one's faults when one speaks.
As the test of what the potter molds is in the furnace,
so in tribulation is the test of the just.
The fruit of a tree shows the care it has had;
so too does one's speech disclose the bent of one's mind.
Praise no one before he speaks,
for it is then that people are tested.

Brothers and sisters:
When this which is corruptible clothes itself with incorruptibility
and this which is mortal clothes itself with immortality,
then the word that is written shall come about:
Death is swallowed up in victory.
Where, O death, is your victory?
Where, O death, is your sting?
The sting of death is sin,
and the power of sin is the law.
But thanks be to God who gives us the victory
through our Lord Jesus Christ.

Therefore, my beloved brothers and sisters,
be firm, steadfast, always fully devoted to the work of the Lord,
knowing that in the Lord your labor is not in vain.

"A good tree does not bear rotten fruit,
nor does a rotten tree bear good fruit.
For every tree is known by its own fruit.
For people do not pick figs from thornbushes,
nor do they gather grapes from brambles.
A good person out of the store of goodness in his heart produces good,
but an evil person out of a store of evil produces evil;
for from the fullness of the heart the mouth speaks."
Posted by Jesus Caritas Est at 7:15 AM No comments: