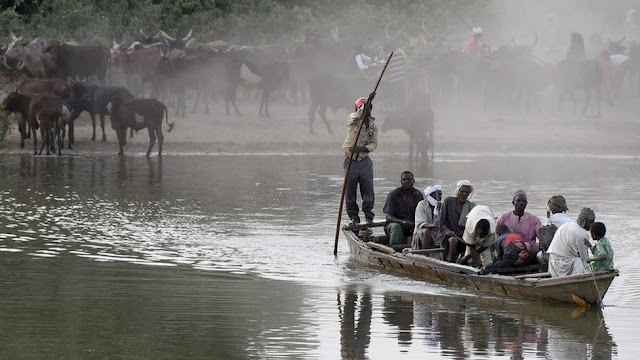 BBC reports of a Lake Chad attack with 'Dozens of fishermen' killed near Cameroon border
3 January 2020
Suspected Boko Haram militants have killed at least 50 people on an island on Lake Chad, bordering Cameroon and Chad, a local official told the BBC.

The attack happened on 22 December, but news from the remote area is only just beginning to come out.

Boko Haram, formed in Nigeria in 2009, has since spread its activities to neighbouring Chad, Cameroon and Niger.

Mr Ramat, the mayor of Darak in Cameroon's Far North Region, told the BBC that among those killed were at least 20 Cameroonians. An unknown number of people are still unaccounted for, he said.

The dead are believed to be a mixture of nationalities, some of whom had been fishing on the lake.

In late December, local community members sent a search party to the area of the attack and found dead bodies floating in the water, the BBC's Killian Chimtom in Cameroon reports.

Regional Governor Midjiyawa Bakary confirmed that the attack had happened.

He told the BBC that the Multi-National Joint Task Force - a five-nation regional military force from the countries of the Lake Chad Basin - was ill equipped to patrol the area.
Edited from BBC News