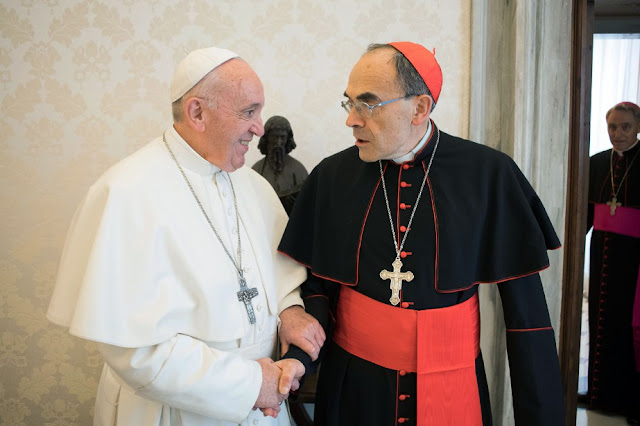 The court of appeal in Lyon absolved French Cardinal Philippe Barbarin of the crime of covering up abuses. The cardinal was sentenced to six months in prison in March 2019 for not having removed a pedophile priest from the diocese. The cardinal claimed he was innocent, but he presented his resignation to the Pope as archbishop of Lyon. The  Cardinal stated on March 7, 2019 “I take note of the Court's decision. Regardless of what happens to me, I reiterate my compassion for the victims and their families, to whom I assure my prayers. I have decided to go to the Holy Father to present my resignation. He will receive me in a few days.”
In his latest press release the Cardinal states he is still resigning as Archbishop despite his innocence being proven.
Full Text Press Release from Cardinal Philippe Barbarin - January 30, 2020
With serenity, I take note of the decision of the Lyon Court of Appeal which declared that I am not guilty of what I was accused of.

This decision makes it possible to turn a page. And for the Church of Lyon, this is the opportunity to open a new chapter.

This is why, once again, I will hand over my office as Archbishop of Lyon to Pope Francis. Naturally, if the Holy Father wishes to see me, I will go to Rome.

Last March, he refused my resignation, accepting that I would withdraw during the duration of the legal proceedings. Now I can peacefully renew my request.

My thoughts are with the victims. With many other brothers and sisters, I will continue to pray for them and their families, daily.