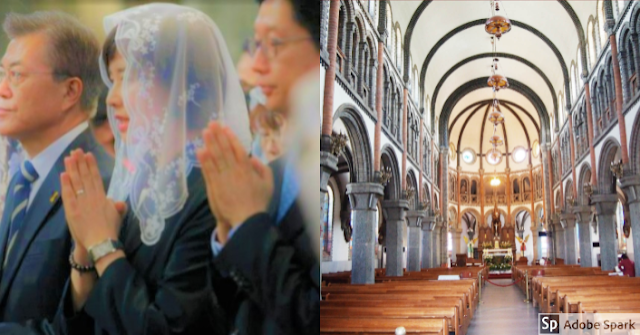 The number of Korean Catholics is growing there numbers are up by 48.6 per cent in the last 20 years
A report published by the Catholic Pastoral Institute of Korea (CPIK) shows that the Diocese of Suwon was the largest with a growth of 89.1 %.

In the past 20 years, the number of Catholics in South Korea has gone up by a record 48.6 per cent, this according to a report published recently by the Catholic Pastoral Institute of Korea (CPIK).

Of all the dioceses, Suwon, just south of the capital Seoul, recorded the highest growth, 89.1 per cent, followed by Daejeon, in central South Korea, with 79.6 per cent and Uijeongbu, north of the capital, with 78.9 per cent.
The Church in Korea now has an important role in evangelisation in Asia, as an important support to Christian communities in other countries.
The Following Video was Released by the Catholic Church in Korea and Shows their History....