Raid causes Death of Iranian General Qasem Soleimani, head of the Qods after Attack on US Embassy 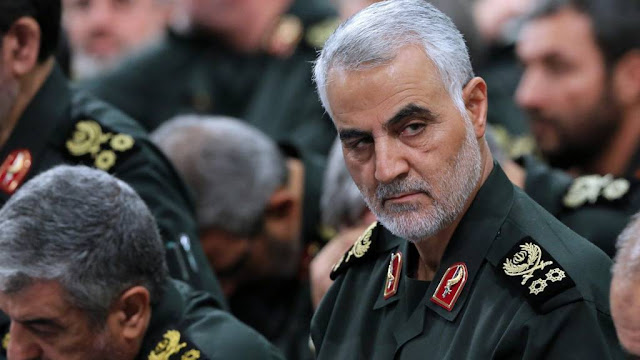 AsiaNews Report: Baghdad: Gen. died in a US raid Iranian Soleimani, head of the Qods
The order to attack would have come from President Trump himself.  Tehran's reaction is very hard: the supreme guide Khamenei announces a "very hard revenge" for martyrdom.  The senior officer was among the most prominent personalities in the country.  The deal risks escalating between the two nations, already at their lowest.

Baghdad (AsiaNews / Agencies) - The powerful Iranian General Qasem Soleimani, head of the Qods special forces, died in a US raid in the area of ​​Baghdad international airport in Iraq this morning.  According to the first reconstructions, the order to attack would have come in person from US President Donald Trump and risks dragging the two nations to the brink of open war;  since the Islamic revolution of 1979, in fact, the two countries have never found themselves at such a heightened level of tension.

Not surprisingly, among the first official reactions to the attack - in addition to Trump who tweeted a US flag and Secretary of State Mike Pompeo who relaunches a video of (alleged) "Iraqi citizens" celebrating - there is that of the Iranian Drand Ayatollah Ali Khamenei who immediately announced a "very hard revenge" for the "martyrdom" of Soleimaini, "prized for his incessant efforts of these years".

Announced three days of national mourning, he then added that even in the face of his death "his work will not be interrupted" and a "harsh revenge awaits the criminals who have their hands stained with his blood".  Khamenei has called the head of the Qods force - among the fiercest opponents of the United States (and Israel) in the area - the "international face of the resistance" and everyone who supports it will be his "avengers".

The Qods Force is a special unit of the Islamic Revolutionary Guard Corps (the Iranian Pasdarans, who respond to the Supreme Leader in person).  The departments, mostly highly specialized elite teams, are responsible for military and tactical operations outside the country.  The same general was among the most powerful and respected figures in the Islamic Republic, he was considered a fine military strategist and was closely linked to Khamenei.

The 62-year-old Soleimani was in a car (the convoy was made up of two cars) near Baghdad international airport, along with some local exponents of the pro-Iranian militias.  He would have arrived earlier from Syria or Lebanon, but there is no certain confirmation of this.  In recent years, the senior officer has orchestrated, among others, Assad's war in Syria (Tehran and Moscow are the main allies of Damascus), the conflict in Iraq and the fight against the Islamic State (IS, ex Isis) in the region.

Unofficial sources speak of "several missiles" that hit the cars, killing at least five people.  The Pentagon confirmed the killing, carried out "on the instructions of the president".  Among the victims, there would also be the leader of the PMU (Iraqi popular mobilization forces) Abu Mahdi Al-Muhandis, the man who on 30 December spurred the crowd to attack the US embassy.

The military operation threatens to further escalate the tension between Washington and Tehran, which could result in open conflict.  The two nations, among which there are no diplomatic relations, are already the protagonists of proxy wars in many areas of the world, from Syria to Iraq, up to Yemen.  Accelerating the crisis of the last two years, the unilateral withdrawal of the United States from the Iranian nuclear agreement (JCPOA) combined with the policy of maximum pressure with the sanctions and the assault of pro-Tehran militias of the last few days at the US embassy in Baghdad  .
Full Text Source: AsiaNewsIT - Image Source: Google Images of General Soleimani

UPDATE: VaticanNews.va Reports that the Papal Nuncio to Iran, describes the tense situation and consequent protests caused by the killing of General Solemaini by an US raid, saying that the arms of negotiation and justice need to be used.
The Archbishop Leo Boccardi said that the Pope has been apprised of the entire situation after the killing of General Solemaini. All this, he said, creates concern and demonstrates how difficult it is to build and believe in peace. Constructive politics, he said, is at the service of peace to which the entire international community must be committed, not only in the Middle East, but in the whole world as well.
*************
Please Pray for the souls of all the departed and the victims involved....
Posted by Jesus Caritas Est at 12:52 PM