Bishops of Costa Rica Launch Jubilee "..moving forward on the path of social justice, the common good, human rights...and the social peace of our people". 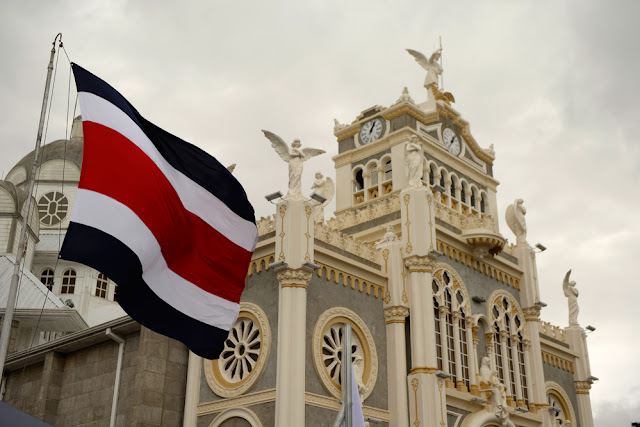 AMERICA/COSTA RICA - Jubilee Year: "time to relaunch the commitment and hope that comes from the social dimension of Christian life"
Limon (Agenzia Fides) - An appeal to the authorities and the protagonists of society to unite "to find solutions to the suffering of many Costa Ricans, in particular in the fields of work, health, violence, especially against children and women, citizens' safety, education, housing, pensions, situations of poverty, inequality, in addition to the humanitarian challenges of immigration". This is what the Bishops of Costa Rica launched in the message published at the end of the Plenary Assembly of the Bishops’ Conference held in Limon, which bears the date of February 13, 2020, the opening day of the Jubilee.
The Jubilee Year has been announced for the centenary of the creation of the ecclesiastical province of Costa Rica, from 13 February 2020 to 16 February 2021 (see Fides, 22/1/2020), and the Bishops invite all Christians "to live intensely this time of grace", in the awareness that "the Church has contributed to giving life and developing our national identity, and its action is inseparable from the life of society and the history of the country".
This Jubilee and the celebration of the Bicentenary of Costa Rica's independence in 2021 "go together and it could not be otherwise - they write -, because we know the relevance and urgency of the dialogue between faith and the community and social dimension of culture. Therefore, as citizens and pastors, we echo the cry of a country that wants to continue moving forward on the path of social justice, the common good, human rights - whose essence is the dignity of the person - and the social peace of our people".
In the message, sent to Agenzia Fides, the Bishops mention some of the "many and complex issues of national reality that concern Costa Ricans". Firstly, the urgency of national dialogue, because "we cannot continue on the path of division, controversy and mutual distrust. As a society, we must promote the centrality of common issues, in an environment of respect that favors a prudent and measured process of discernment, to face what really happens in the country".
In order to guarantee unity and social peace, it is therefore necessary to heal and strengthen the tax system: the Bishops have constantly denounced "the national problems facing a public administration trapped by an institutional tangle dragged on for years and which today shows its social and economic effects".
Another worrying topic is unemployment, which has reached the highest levels of the decade, despite government initiatives. "We see with pain the desperation of young people, women, immigrants, informal workers - say the Bishops -. In this jubilee year we are called to combine mercy and justice, because one of the serious difficulties of today is that precarious work, without workers' rights and poorly paid, has become normal employment, a lifeline for thousands of compatriots".
The last point concerns support for the rural world, because for the Bishops the country needs "a real agricultural policy that addresses poverty reflected in the social inequality, unemployment, poverty and basic needs of this sector; without forgetting a solidarity economy that improves the situation of farmers and artisanal fishermen".
Invoking the intercession of Our Lady of the Angels, Patroness of Costa Rica, and Saint Vincent de Paoli, Patron of the Diocese of Limón, the Bishops conclude their message by recalling that "the Jubilee Year is a time to revive the commitment and the hope that comes from the social dimension of Christian life "and asking the Lord, as a special grace, that "our Jubilee rekindles the solidarity of our people".
Pope Francis spiritually joined the opening of the Jubilee Year in Costa Rica with a Letter, signed by Cardinal Secretary of State Pietro Parolin, in which he participates "in thanking the Lord, for all the fruits obtained in these 100 years and invites lay and consecrated persons to continue "their tireless evangelising activity, bringing the joy of the Gospel to everyone, especially the most needy and the most distant, and to give a true witness of Christian life in the various circles of society". (SL) (Agenzia Fides, 18/2/2020)
Posted by Jesus Caritas Est at 8:50 AM