Bishops of Guatemala at Assembly ".. our permanent mission: to announce Jesus Christ" and Hope for "..an end to the harmful political practices..." 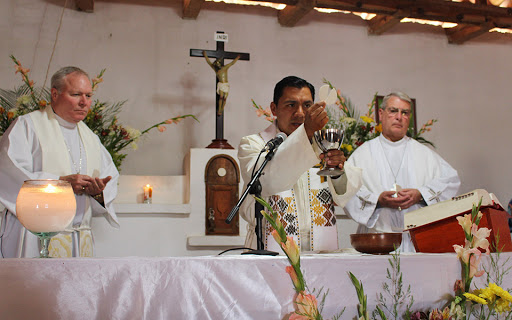 Guatemala City (Agenzia Fides) - "Our main task as Bishops is to promote, guide and animate evangelization in our country, with the help of priests, consecrated persons and the many lay people to whom we express our thanks. This is our permanent mission: to announce Jesus Christ". This is what the Bishops of Guatemala reiterated in their message at the end of the Plenary Assembly of the Episcopal Conference, during which they were able to reflect on the activities of the past year and on future pastoral priorities.
In the document, sent to Agenzia Fides, the Bishops express their joy at the announcement of the beatification of the martyrs of Quiché: 3 priests and 7 lay people, including a 12-year-old boy, killed in hatred of the faith between 1980 and 1991. "They were driven only by love for God and the poorest brothers, in a period of persecution of the Church and violence against the whole population", they underline.
The social and political life of Guatemala since the beginning of the year has been marked by the beginning of the work of the new authorities in various areas. "Despite the disappointments of the past and the skepticism aroused in the population, the hope of change always rises again", underline the Bishops, hoping that the priority of the new elected rulers "is the common good and an end to the harmful political practices related to corruption and to the absence of the state in the spaces that are its main responsibility". Their first commitment is therefore to "promote an inclusive society, with opportunities for all, that will give impetus to the integral human development of the population and avoid the waves of migrants who are forced to flee poverty".
Citing the suffering of migrants, the Bishops thank those who work to alleviate their suffering, hoping for the commitment of all Guatemalans to combat the causes of emigration, and underline the unwavering ability to create "job and development opportunities for the large number of young people who are an unquestionable wealth of our country". They therefore call on everyone to work for dialogue between the various sectors of society and to reach consensual agreements, leaving rigid positions and prejudices of the past aside.
Finally, the message of the Episcopal Conference hopes that the election of the judges of the Supreme Court of Justice and of the Courts of Appeal, as well as of the Supreme Electoral Court, will take place in compliance with the law, invoking the intercession of the martyrs and the maternal gaze of Mary, "Mother of the Prince of Peace and Mother of all peoples of the earth". (SL) (Agenzia Fides, 13/2/2020)
Posted by Jesus Caritas Est at 11:33 AM