Mother of 3 children Killed in Car Crash Forgives Driver “I think in my heart I forgive him… I’m not going to hate… that’s not who we are.” 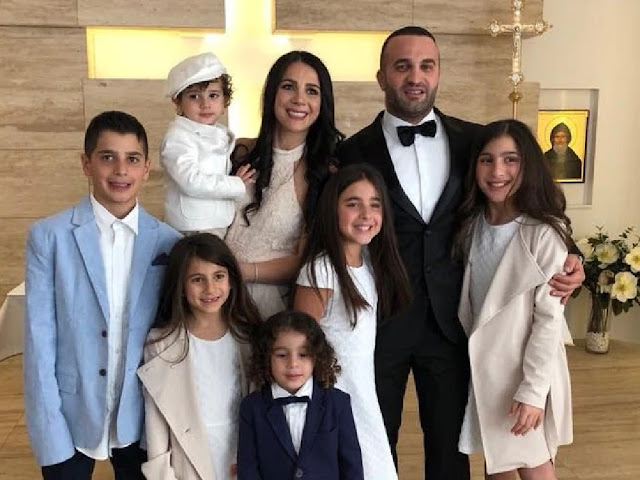 Leila Geagea Abdallah, the mother of three children killed in a horrific road crash at Oatlands on Saturday February 1, 2020 says she forgives the driver involved. She told reporters she “cannot hate him”—and has asked for prayers for her family.

13-year-old Antony, 12-year-old Angelina and 9-year-old Sienna, Abdallah, (pictured above) all lost their lives when a vehicle ran onto the footpath and hit them as they were walking. Their second cousin, 11-year-old Veronique Sakr, was also killed, other siblings were injured in the incident, including Charbel Sakr who was in a coma.


The Abdallah and Sakr families are members of Our Lady of Lebanon church, a Maronite Catholic Church at Harris Park near Parramatta, Australia. Leila explained: “I am sad, I am heartbroken, but I am at peace because my kids are in a better place”.

Leila and her husband Daniel, who lost 3 of their 6 children, were grieved, but Leila said her children were very spiritual and loved God.

“My kids had strong faith,” she said. “The day of the incident my son was at the church, praying his Rosary… my daughter was praying with my son in the car…. I can tell you some awesome stories about my kids."


“We try to focus on the spiritual side more than anything. We try to teach them to pray the Rosary, to read their Bible, to live their faith, to be good people in life, and to show God’s face through them.”

Leila while holding her rosary,  said the accident was like “walking the Stations of the Cross."


“To be fully honest with you, it feels very unreal,” she said. “I don’t feel it’s true, I feel that they are still with me, I’m still waiting for them to come home… Whenever someone needed anything, you’d see all of them around each other, cheering each other up, lifting each other.” 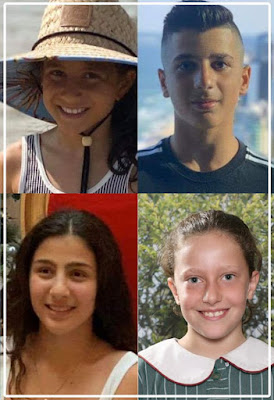 “I think in my heart I forgive him, but I want the court to be fair… I’m not going to hate… that’s not who we are.”

The children’s father Danny had let the children take a short walk down the street together, to “give them a little bit of independence”, and told them to stay together.

“I’m numb. That’s how I feel at the moment,” he said.” I just want to say, please, drivers, be careful, these kids were walking innocently, enjoying each others’ company, and this morning I woke up and I’ve lost three kids.”


On Monday morning at Santa Sabina College in Strathfield, where Veronique Sakr was a student, students and teachers gathered to pray for Veronique’s loved ones in their loss, and laid flowers in her memory. In a Facebook post, the school wrote, “We will miss Veronique’s smile, her laughter and the joy she brought to our community. We will continue to surround Veronique’s family and friends with love and support. May she rest in peace.”

And at a construction site in Sydney this morning, a relative of the children started the workday by leading dozens of site workers in prayer – praying the Lords Prayer, the Hail Mary, and an Arabic Catholic prayer called Ya Oum Allah, followed by a minute’s silence .

As well as being active in church life, the three Abdallah children who died were involved with “Team Jesus” – a Christian outreach to the homeless in Blacktown and Parramatta. In a statement, the group’s co-ordinators David and Carolyn paid tribute to the three children, saying they “served with joy and with a dedication that we rarely see in adults”, and that they made a “huge impression” on those they met.

“Since day one of our ministry in Blacktown, where we provide a food and clothing service to the poor, needy and the homeless, Anthony, Angelina and Sienna, and all Danny’s family joined us regularly and they put themselves in the service of those who are in most need of our help,” they said.

“They stood in line with the adult team members to serve food and to give a smile to those who needed it most. In fact, these little angels used to encourage or rather insist on their parents to take them to Blacktown on Friday night so they could serve, not the other way round.

“Not only did they serve at tables, but they insisted on praying for the people whom we served, and their prayers brought the blessings and favour of God upon the place.

The Our Lady of Lebanon Co-Cathedral in Harris Park held prayer services each night this week for the families of the children.