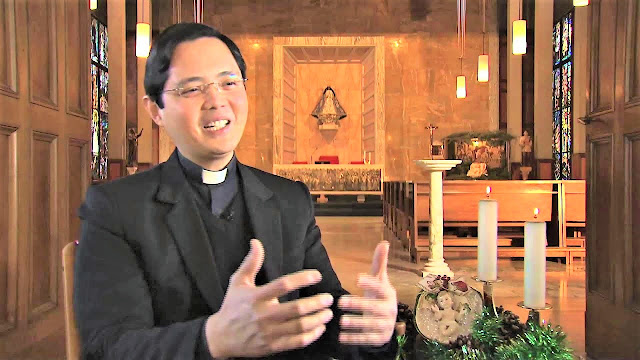 The appointment was announced Sunday by Italian priest in charge of migrants in Rome, don Pierpaolo Felicolo, during a Mass presided over by Cardinal Luis Antonio Tagle.

The priest has been serving as Rector of the Pontificio Collegio Filippino, the official residence of Filipino priests studying in Rome, since 2010.

Fr. Gaston was ordained a priest for the Manila archdiocese at the Vatican by Pope John Paul II in 1993.

He also served as an official of the Pontifical Council for the Family in the Vatican from 2002 to 2007.

In January 2015, Fr. Gaston was also among the Vatican Accredited Media Personnel (VAMP) during Pope Francis’ Apostolic Visit to Sri Lanka and the Philippines.

In his homily at the Santa Pudenciana, Cardinal Tagle invited Filipinos to be faithful to God’s commandments.

He stressed that God’s commandments “are not meant to burden upon us, but to guide us in our relationship with him and with others.”

“Obeying God’s commandments shows that we are committed to him. But in the first place, his giving us the commandments shows his commitment towards us,” said Tagle, who is also the Prefect of the Vatican’s Congregation for the Evangelization of Peoples.

The Vicariate of Rome has designated Santa Pudenciana in 1991 as the Pastoral Center for Filipinos in Rome, also called the “Sentro Filippino”.

Prior to that year, the PCF has served as the de facto Filipino Chaplaincy, with an office at one corner of the PCF building, coordinating perhaps 20 or 30 Filipino communities.

Even earlier, in the 1970s, when more Filipinos started migrating into Italy, three religious congregations initiated Masses for the Filipinos: the Salesians of Don Bosco in Sacro Coure beside Termini, the SVD near Pyramide, and the Irish Pallotine Fathers in San Silvestro, right in Rome City center.

Every Sunday, about 50 to 60 Masses in Filipino, English, Ilocano, Cebuano, and Bicolano are coordinated by the Sentro Filippino in different parishes, convents, and chapels, with PCF priests assisting the Sentro in around 15 to 20 Masses.