Pope Francis met with all Patriarchs of the Middle East and was given a plaque with the Our Father and Hail Mary in Aramaic. 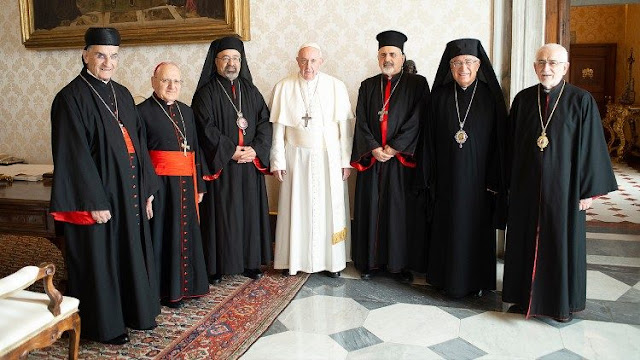 Pope Francis' meeting with Catholic patriarchs from the Middle East was private.

The Holt Father was given a gift of a plaque with the Our Father and Hail Mary in Aramaic.

All the patriarchs of the Middle East met with the pope in the Apostolic Palace,about the survival of Christian minorities in the region. War and persecution have reduced their population throughout the Middle East.