Bishops' of Minnesota Guide on Transgenderism "Catholic educators have a charge to teach that a person’s sexual identity is a gift from God that cannot change..." 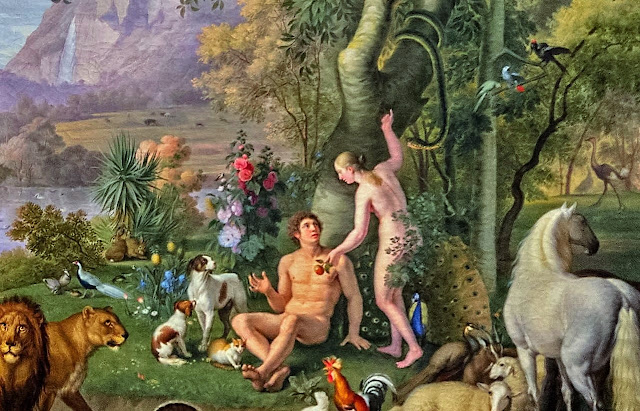 The three-page document, “Guiding Principles for Catholic Schools and Religious Education Concerning Human Sexuality and Sexual Identity,” was approved by the bishops of the Minnesota Catholic Conference and presented Feb. 20-21 as part of a four-hour “Emerging Questions in Catholic Education” seminar for pastors and Catholic educators in the Archdiocese of St. Paul and Minneapolis.
1
GUIDING PRINCIPLES FOR CATHOLIC SCHOOLS AND RELIGIOUS EDUCATION
CONCERNING HUMAN SEXUALITY AND SEXUAL IDENTITY
Purpose
The Catholic school is committed to providing a safe environment that allows students to
flourish academically, physically, and spiritually. Catholic schools are obliged to provide an
education and resources consistent with Catholic teaching. The starting point for Catholic
education is a deeply held understanding that affirms the God-given irrevocable dignity of every
human person.
Catholic teaching permeates and shapes the ethos of Catholic schools. Informed by Catholic
teaching, these Guiding Principles shall inform the creation of policies, handbooks, statements,
employee agreements, training for employees, and the approach to accompaniment in the
Catholic schools of this (diocese), thus ensuring that the immeasurable dignity of every child is
protected and respected, particularly as it relates to foundational beliefs of the Catholic Church:
• God created each person body and soul “in His own image, in the image
of God he created them; male and female he created them” (Gen. 1:27).
The dignity of each person and the source of his or her most important
identity is found in this creation in the image and likeness of God (CCC
§364).
• God uses the body to reveal to each person his or her sexual identity as
male or female (Compendium §224). A person’s embrace of his or her
God-given sexual identity is an essential part of living a fulfilled
relationship with God, with oneself, and with each other (Laudato Si’
§155).
• The harmonious integration of a person’s sexual identity with his or her
sex is an expression of the inner unity and reality of the human person
made body and soul in the image and likeness of God (CCC §364-65).
• The physical, moral, and spiritual differences between men and women
are equal and complementary. The flourishing of family life and society
depend in part on how this complementarity and equality are lived out
(CCC §2333-34).
• All students and families deserve interactions with Catholic school
communities that are marked by respect, charity, and the truth about
human dignity and God’s love (Deus Caritas Est §20).

APPLICATION OF GUIDING PRINCIPLES
The aforementioned Guiding Principles are practically applied in Catholic schools. Catholic
schools in the Diocese of [insert] will relate to each student in a way that is respectful of and
consistent with each student’s God-given sexual identity and biological sex. To this end, below
are some examples of how these Guiding Principles apply to organizations that teach children
and youth in the name of the Catholic Church in the Diocese of [insert]:

1. All school policies, procedures, resources, employee training, and assistance given to
families are consistent with the Church’s teaching on the dignity of the human person,
including human sexuality. Reflective of a commitment to a culture of transparency and
understanding, these policies will be made available in writing to members of the school
community by way of inclusion in relevant handbooks, agreements, and statements.
2. Student’s name and pronouns usage will correspond to his/her sex (see definitions).
3. Student access to facilities and overnight accommodations will align with his/her sexual
identity.
4. Eligibility for single-sex curricular and extracurricular activities is based on the sexual
identity of the child.
5. Expressions of a student’s sexual identity are prohibited when they cause disruption or
confusion regarding the Church’s teaching on human sexuality.
6. The consciences of students and employees will be respected with the assurance of their
inviolable right to the acknowledgement that God has created each person as a unity of body
and soul, male or female, and that God-designed sexual expression and behavior must be
exclusively oriented to love and life in marriage between one man and one woman.
7. Schools communicate with parents or guardians about their child’s behavior at school and
inform them of any concerns relating to the physical, emotional, social, and spiritual health,
safety, or welfare of their child, except when advised otherwise by law enforcement or a
social service agency.
Definitions
1. Sex refers to a person’s biological identification as male or female based upon physical
characteristics present at birth.
2. Sexual identity refers to a person’s identity as male or female that is congruent with
one’s sex.
3. Sexual binary refers to the God-given gift of the human family created male or female in
the image and likeness of God.
4. Transgender or gender non-conforming is an adjective describing a person who
perceives his or her sexual identity to be different from his or her sex and publicly
presents himself or herself as the opposite sex or outside the sexual binary. Such public
expressions that are intended to communicate a sexual identity different from one’s sex
include, but are not limited to, utilizing pronouns of the opposite sex, changing one’s
name to reflect the cultural norms of the opposite sex, wearing a uniform designated for
the opposite sex, and undergoing surgery to change the appearance of one’s reproductive
or sexual anatomy.
Adopted by the Catholic Bishops of Minnesota, June 2019

Full Text: http://www.mncatholic.org/wp-content/uploads/2020/02/20.0304-Sexual-Identity-Guiding-Principles-FINAL.pdf
Posted by Jesus Caritas Est at 10:00 AM