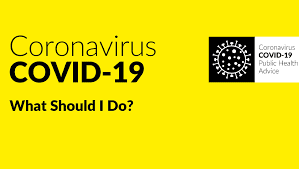 According to the World Health Organization (WHO) the Coronavirus (COVID-19) epidemic  has resulted in the UN Humanitarian Chief Mark Lowcock, on March 1, releasing US$15 million from the Central Emergency Response Fund (CERF) to help fund global efforts to contain the COVID-19 virus.
Washington Post released the latest statistics that the death toll has reached over 3 thousand dead worldwide.
The WHO explains:

Common signs of infection include respiratory symptoms, fever, cough, shortness of breath and breathing difficulties. In more severe cases, infection can cause pneumonia, severe acute respiratory syndrome, kidney failure and even death.
Standard recommendations to prevent infection spread include regular hand washing, covering mouth and nose when coughing and sneezing, thoroughly cooking meat and eggs. Avoid close contact with anyone showing symptoms of respiratory illness such as coughing and sneezing.

The number of deaths due to the new coronavirus epidemic has now passed the threshold of 3,000 deaths worldwide. Of these, 2915 are in China; 2803 only in Hubei, the epicenter of the infection.

But while there is an increase in infections and deaths in the rest of the world, in China the number of deaths per day is decreasing and for a week there have been less than 100 deaths a day.

Yesterday, Chinese health authorities registered 202 new cases of infection, the lowest since January, when the alarm was raised. Most of the new cases have been registered in Hubei. Yesterday there were also 42 deaths, all of which occurred in Hubei. The total number of infected in China has risen to 80174. Over half, 44518, have recovered.

The United States confirmed today that it registered a second death. A death occurred in Australia over the weekend. Yesterday, the Czech Republic and the Dominican Republic recorded the first cases of coronavirus.

Here are the latest developments:


Edited from AsiaNews/Washington Post and WHO
Posted by Jesus Caritas Est at 9:38 AM