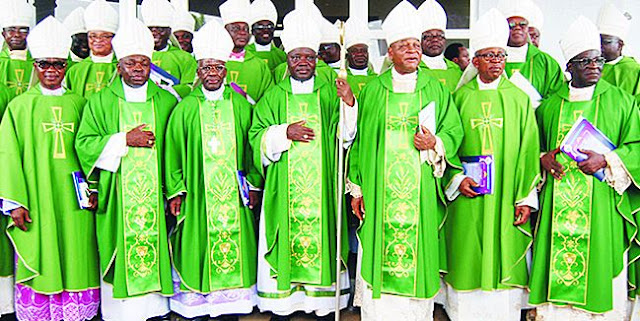 AFRICA/NIGERA - Streets deserted and Masses broadcast on TV: Nigerian Christians in the face of the coronavirus
Friday, 27 March 2020

Lagos (Agenzia Fides) - "The authorities of the State of Lagos, as well as of other Nigerian States in which the spread of coronavirus is more threatening (the greatest concentration is in the southwest of the Country, ed), have imposed the closure of schools and markets and encourage the whole population to stay at home and follow strict hygiene rules. The situation in Nigeria, however, varies between different states. Here gatherings of more than 20 people are banned and, consequently, masses with people have been suspended. We regularly broadcast mass from the cathedral through TV and are active with social media": this is how Mgr. Alfred Adewale Martins, Archbishop of Lagos comments the situation in an interview with Agenzia Fides.
At the moment there is no national strategy even though the Nigerian federal health system is starting to equip themselves. The Archbishop notes: "The central government is gradually reacting. The first move was to close the borders and we believe it is a fair measure, then public disinfestation and sanitation is being carried out. We believe it is important to increase the ability to carry out tests and find better logistic solutions for those in quarantine. Good news comes from the private sector which is providing support to the State both with tests and by providing reception places for those infected. People seem to be becoming more aware of the risks hour by hour. Here, for example, the streets have been deserted for days".
In the meantime, surveillance on the streets by law enforcement agencies has begun, which in some cases have entered the places of prayer. "Fortunately - the prelate continues - there have been no intimidating attitudes, it seems that the police have been behaving well. We hope to continue like this, because people are already very nervous and stressed by the situation".
The faithful understand the situation and act accordingly. The location and indications of the Nigerian Church differ from area to area. The statement by Archbishop Obinna of Owerri caused a stir, who recently declared "We will continue continue to observe the traditional handshake of peace during Masses and continue giving Holy Communion to worshippers on their tongues. "Sometimes there are or misleading opinions. The declarations of the Archbishop of Owerri, I believe, are due to the fact that in his area the infections were probably few or absent. We, however, are already very careful and faithfully follow all the precautions and measures imposed by the authorities".
With 155 million inhabitants, Nigeria is the most populous country in Africa and looks with terror at the spread of the coronavirus on the continent. The infected in Africa continue to grow: the most affected nation is undoubtedly. In Nigeria, there are just over 50 cases, 30 of them in the state of Lagos, and the alarm is starting to spread. (LA) (Agenzia Fides, 27/3/2020)
Posted by Jesus Caritas Est at 12:43 PM