Catholic Nun Dies trying to Rescue her Students from Explosion at School in Nigeria - RIP Sr.Henrietta 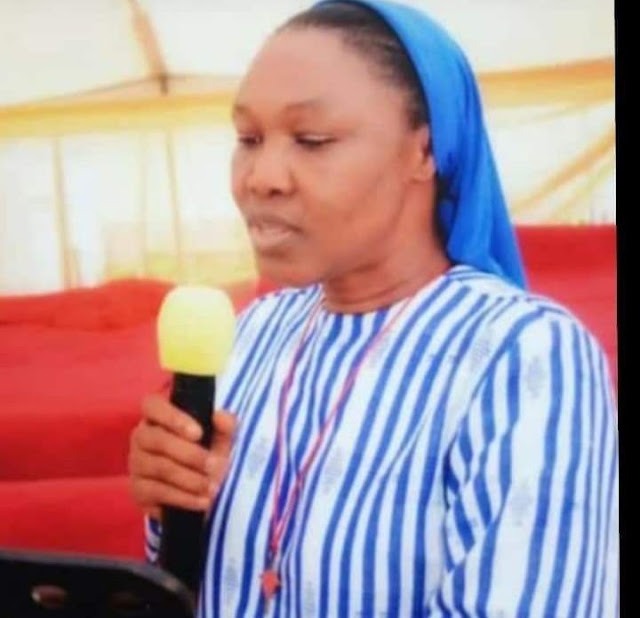 AFRICA/NIGERIA - Religious dies in the flames after rescuing students
Tuesday, 17 March 2020
Lagos (Agenzia Fides) - Sr.Henrietta Alokha, an administrator at Bethlehem Girls College, Abule Ado, Amuwo Odofin local government area of Lagos state lost her life in the explosion which occurred on Sunday Sunday, March 15. While Holy Mass was being celebrated in the school, a strong explosion occurred, heard even miles away, and a violent fire broke out which seriously damaged homes and buildings in the surroundings. Sister Henrietta rescued all the children under her care from the explosion and could not make it herself.
According to information collected by Fides, in fact, the terrible explosion occurred in a gas treatment plant, caused by the impact of a truck with a deposit of gas cylinders. A fire then broke out which destroyed about fifty buildings and the school in the neighborhood where the religious was administrator. The first official estimates, still provisional, speak of about fifteen deaths, while the rubble continues to be removed.
The Archbishop of Lagos, Alfred Adewale Martins, said that Sister Henrietta, who died in the explosion, "paid the supreme price of her offer to ensure the safety of over 300 students under her responsibility" and denied the hypothesis that even a priest had died in the explosion. The priest in fact managed to rescue the students and save himself. "We want to inform that all the students of the school are safe and sound. Those who suffered injuries were promptly assisted in various hospitals in the surroundings", he wrote. The Archbishop also informs that the education department together with the administrators of other archdiocesan schools, are considering how students from Bethlehem Girls College can be accommodated in other schools so as not to stop their lessons. Mgr. Martins expresses his closeness to the families of those who have died, prays for the healing of the wounded and prays to the Lord to provide to the needs of all those who have lost their properties.
Sister Henrietta belonged to the Congregation of the Sisters of the Sacred Heart (SSH), the first indigenous religious order in the Mid-West region of Nigeria, founded by Archbishop Patrick Ebosele Ekpu, Emeritus Archbishop of Benin City, on April 6, 1975. The Congregation was not founded for a specific ministry, but to respond to the needs of the Church where they emerge and wherever they appear. The religious are committed to eliminating the root causes of poverty, for the enhancement of women, for the realization of peace, justice, love and unity of all creation. The motto of the Congregation is "Ut unum sint" (Jn 17.21), it is present in Nigeria, in Italy and in the United States. (SL) (Agenzia Fides, 17/3/2020)

Sister Henrietta!!! My heart breaks!! RIP my dear friend and sister in Christ🙏🏻🙏🏻💝