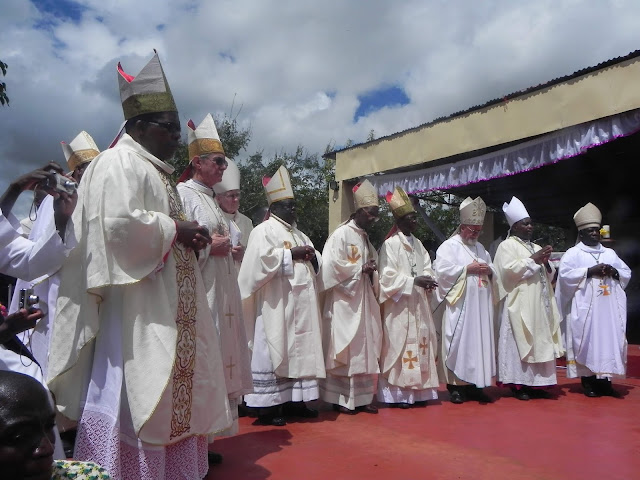 According to All Africa as reported by Nyasa Times, the government in Malawi now allows churches to open for small gatherings. The decision by Special Cabinet Committee on coronavirus (COVID-19) to impose a ban against church gatherings has been reversed by government, Malawi Council of Churches (MCC) has said.

Minister of Health Jappie Mhango, who chairs the Special Cabinet Committee on Covid-19, prescribed during a news conference on Tuesday that church gatherings be suspended as a measure to prevent the spread of the killer virus in the country.


But in a statement MCC general secretary Gilford Matonga said churches will still congregate in line with guidelines on physical distance.

Matonga said MCC government has "clarified" its position and said that "Christians should continue to meet as earlier announced."

He said MCC sought clarification from Presidential advisor of religious affairs, Apostle Timothy Khoviwa, and that churches will continue gathering in the meantime.


The Episcopal Conference of Malawi, the umbrella body of the Catholic Bishops in Malawi, has also advised Catholic faithful to continue gatherings for prayers but should not exceed 100 congregants at a time.

"Therefore, church gatherings, communal liturgical celebrations including liturgies of the Holy Week must adhere to Presidential directives, ECM guidelines and the Decree from the Holy See in order to prevent the speed of the coronavirus," ECM said in a statement made available to Nyasa Times and signed by its secretary general Reverend Father Henry Saindi.


The church has however said it has put in place measures to curb possible transmission among faithful.

Saindi said strict action will be taken to ensure personal hygiene is not compromised.

The church also banned handshakes instead recommending waving to contain transmission of COVID-19.

Malawi announced its first coronavirus death on Tuesday as well as three additional cases, bringing the tally of infections to eight in one of the last countries in Africa to report the disease.

President Peter Mutharika declared a state of emergency on March 23 to combat the virus, closing schools until further notice.

He has since announced recruitment by the health ministry of 2,000 extra staff.

Over the weekend, Mutharika said he would cut his own salary and the wages of his ministers to help fund the fight against coronavirus.
Edited from All Africa ' Nyasa Times.

Posted by Jesus Caritas Est at 8:19 AM