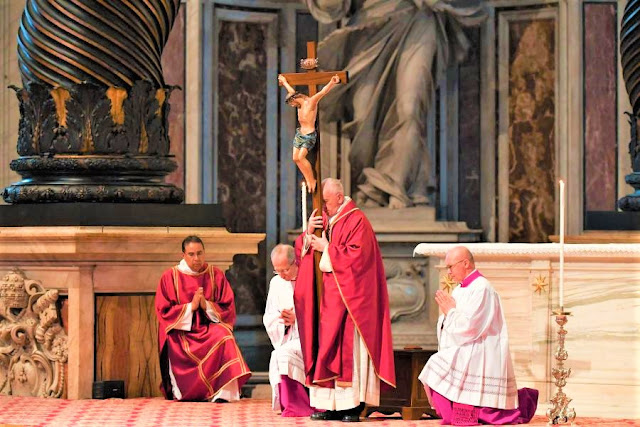 Pope Francis LIVE streamed from the Vatican on Good Friday Liturgy of the Passion.
Full Text Homily. Also Full Video below:
On Good Friday, the Liturgy of the Passion with the Adoration of the Cross,
will take place in St. Peter's Basilica. The Crucifix of St. Marcellus will be covered. The Preacher of the Papal Household, Father Raniero Cantalamessa, will deliver a meditation, after which the Crucifix will be revealed. Adoration will follow, without the traditional kissing of the Cross.

Below please find the full text of his Sermon from Vatican News:
“I HAVE PLANS FOR YOUR WELFARE AND NOT FOR WOE”Sermon for Good Friday 2020 in St. Peter’s Basilica