At Mass, Pope Francis Prays for Peace in Families and Says "....all, men and women, we all have one Shepherd: Jesus." 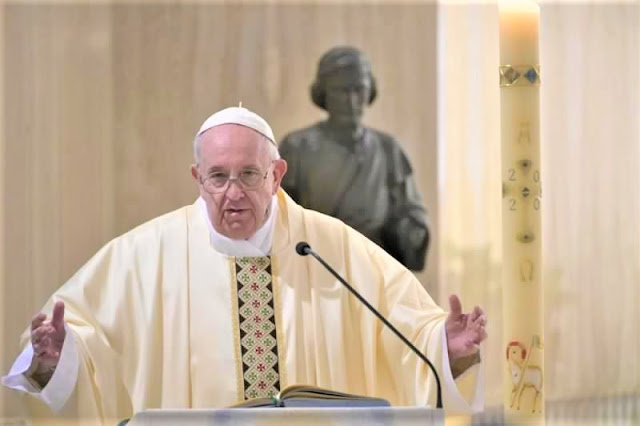 MORNING CELEBRATION BROADCASTED LIVE
FROM THE CHAPEL OF CASA SANTA MARTA
HOMILY OF THE HOLY FATHER FRANCIS
"We all have one Shepherd: Jesus"
Monday, May 4, 2020