At Mass, Pope Francis says "...the Church goes forward, in peace, with resignation, joyful: between "the consolations of God and the persecutions of the world". Full Text 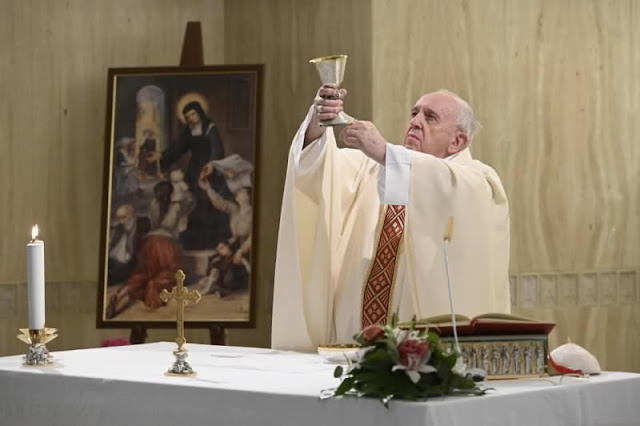 
FULL TEXT + Image Source: Vatican.va - a Translation from the Italian

Posted by Jesus Caritas Est at 4:59 AM